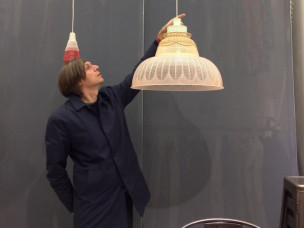 Lazar Lyutakov's work embodies a fascinating intersection of elements: a contemporary post-conceptual artistic practice, the economic flows of late capital - especially as they encompass the copy and the counterfeit, the relation of the popular and fine arts, and a more modernist concern with an aesthetics of display. His practice explores the global processes of production and consumption, and of the flows of money and commodities they bring, through the display of carefully chosen (i.e. appropriated) and displayed objects. Lyutakov's work therefore carries an aesthetic punch, but only in order to tell the stories his works carry folded within themselves. In this way these objects cleverly negotiate the relation between our emotional and intellectual responses, continually playing them off in order to maximise their respective effects.
- Stephen Zepke