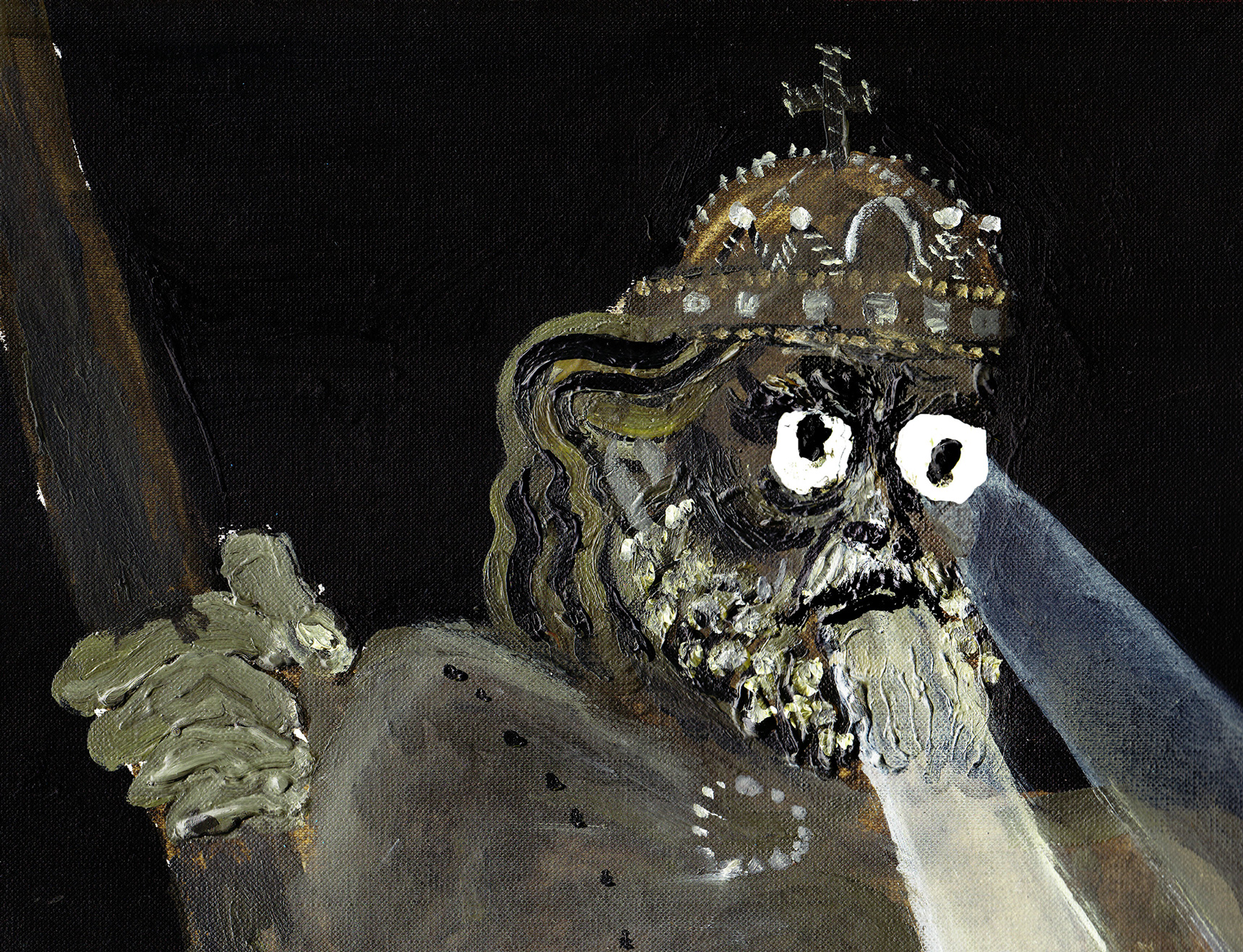 Opening: 3 June, 19:00 in the presence of the artist and the curator

SARIEV Contemporary is pleased to present the young artist Martina Vacheva and her solo exhibition Sereality, part of the gallery’s program of presenting artists just starting their professional career – BACKGROUND: Young Artists. The exhibition is curated by Vera Mlechevska. It can be seen until 29 July 2016 at SARIEV Contemporary gallery in 40 Otets Paisiy str. in Plovdiv.


In her solo exhibition Martina Vacheva presents painting and prints that deal with popular characters and stereotypes from reality. Somewhere in the early 90s Bulgaria’s television was filled with exciting new images that imported models of sex appeal, symbols of success or simply images promising different way of life with risky adventures, high speed and glamour. Martina Vacheva recreates images from the cinema and television with their scenic presence and framing and attaches them the highest status of representing personality – that of the portrait.

Popular images possess their own charisma and accessories of their time but always refer to a universal archetype recognizable by the viewer. That might be the biological macho or the sexy chic with huge breasts, of the mysterious loner (Dale Cooper of Twin Peaks or Sully of Doctor Quinn – Medicine Woman), of the irrational destructive forces elaborated by the horror genre or the messiah leader, integrated into the national myth.

The images of mass culture like Jaba (Star Wars) from one side and folkloric symbols such as the Kukeri from another seemingly confronting each other are both underworld creatures and Martina Vacheva grasps their common nature rooted in mythology. They successfully blend in a hesitating fluid identity seeking its predecessors in the past but seduced by the most trendy icons of success. This type of identity needs to resurrect the imaginary past back to life in various monuments (the Samuil monument in Sofia, the one to Sratsimir in Vidin) and to fulfil the never happening glorious present with the impossible and almighty TV images (The X Files, ER, Baywatch, Star Wars or Rocky).

Besides the types from sequels such as Twin Peaks or Baywatch, Martina juxtaposes compositions from cult film scenes, recreated, wilfully or not by the local lifestyle. She opens windows where the film protagonist and the viewer overlap and television formats model the ethos. The film cliché is reproduced on the streets of her home town; Mitch (Baywatch) is called to take on the role of a lifeguard next to the “singing fountains” in Plovdiv and Veselin Marinov and Kichka Budurova recreate scene from Titanic.

The spontaneous frivolity and controlled clumsiness of her painting ridicules the viewer’s empathy with the emotions of these cheesy, hyper sexy or psychotic TV protagonists. She mocks the infantile belief in the power of the TV images and their authenticity or ultimate sexiness mastering the grotesque of her painting style which becomes especially comic in the print versions. Martina’s interest in the expressive force of uncultivated drawing is subversive reflection to the superficial pursuing of artificial and glossy to perfection quasi-reality of the media images, multiplied in the collective imagination in one form or another.

Martina Vacheva belongs to the youngest generation of contemporary artists. She prefers to work in the format of thematic zines but she uses various techniques in the working process such as collage, drawing or painting. She expresses her critical attitude towards the image and its function using alternative methods of distribution and practicing specific graphic language in her zine books.

Martina Vachevа (born in 1988 in Plovdiv) graduated Illustration and Books and Printed Graphics from the National Academy of Arts. In 2012 she specialised in Georg Barber’s (ATAK) illustration class at the Burg Giebichenstein Halle design and fine arts university in Germany. She is part of the fanzine culture in Bulgaria. Sha’s created her own zines such as KOSH, Star Wars, as well as three editions of the SERIAL PORTRAITS series presented in a solo exhibition. She has taken part in festivals such as Hip hip zine fair (Bulgaria) in 2015 and International zine fest in 2014 in Istanbul. she has also organised fanzine events such as Paper tag, part of NE Fest Sofia. 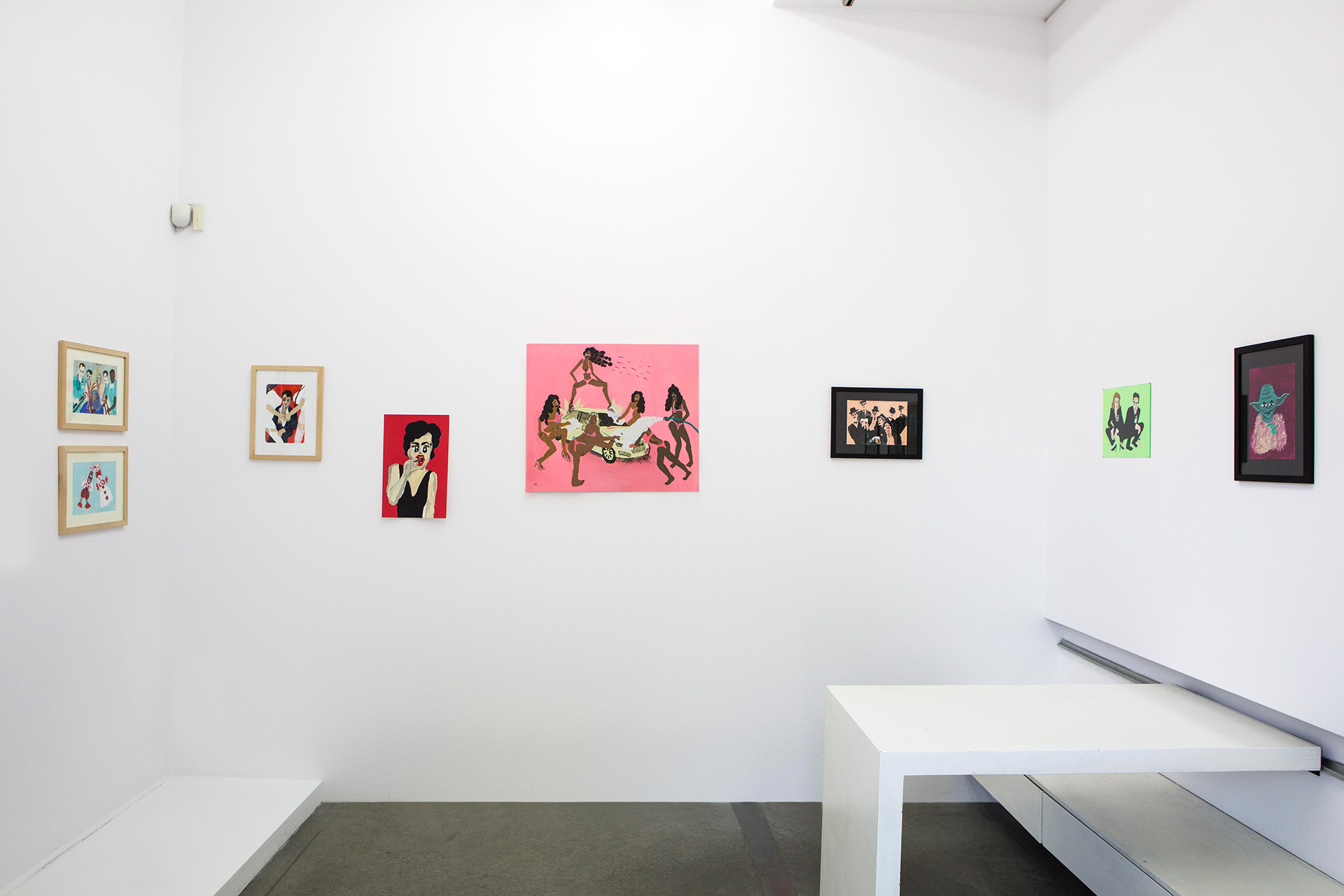 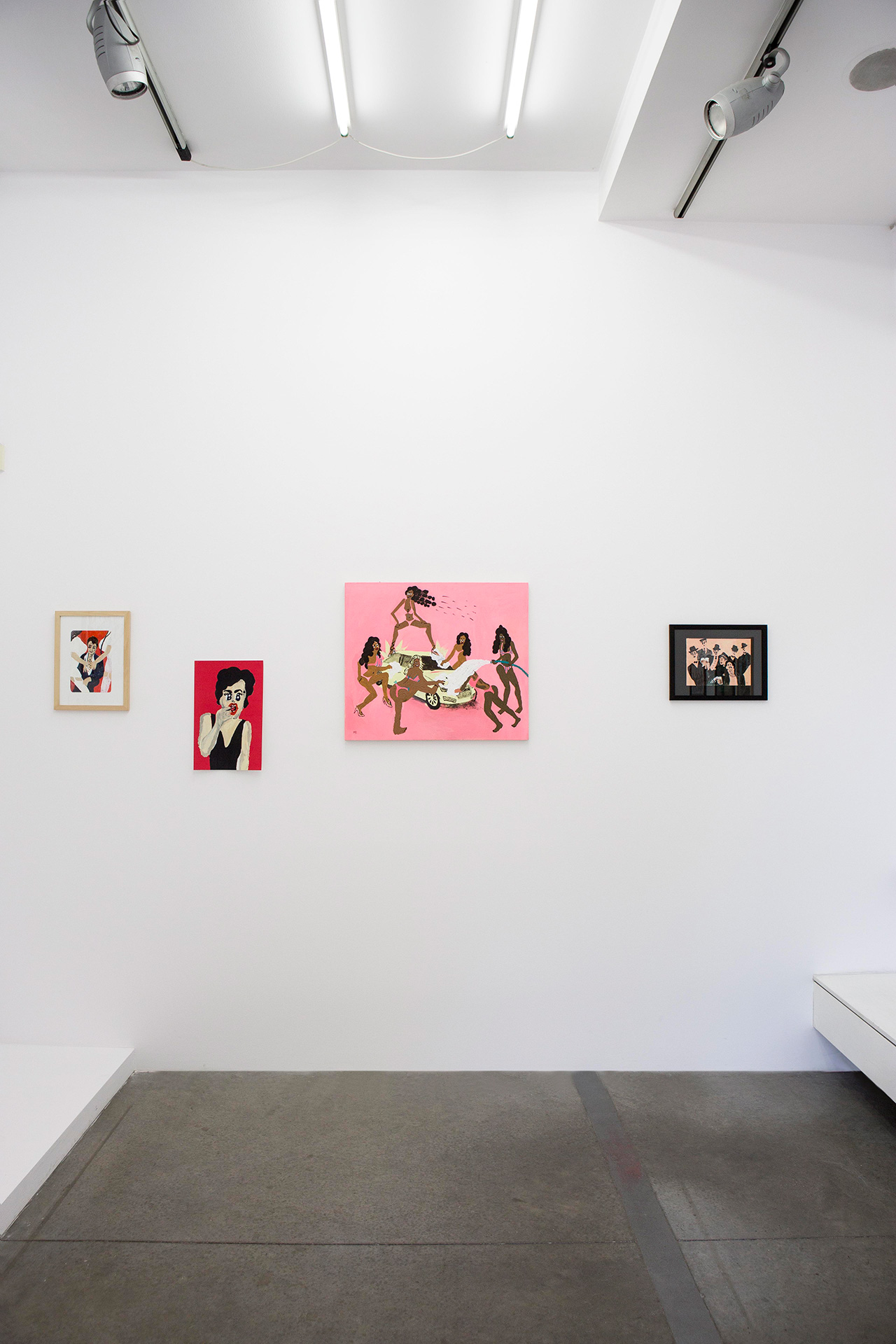 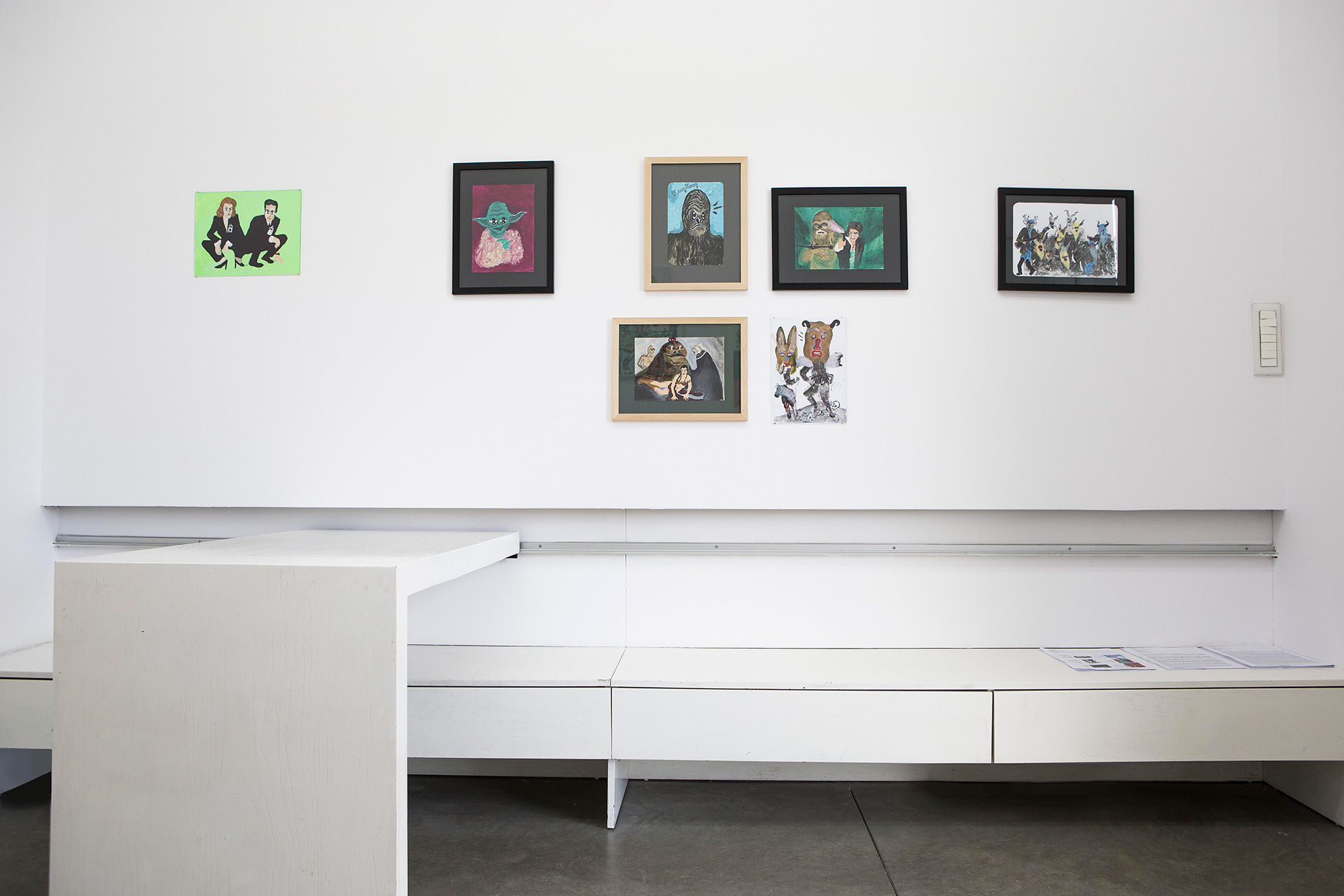 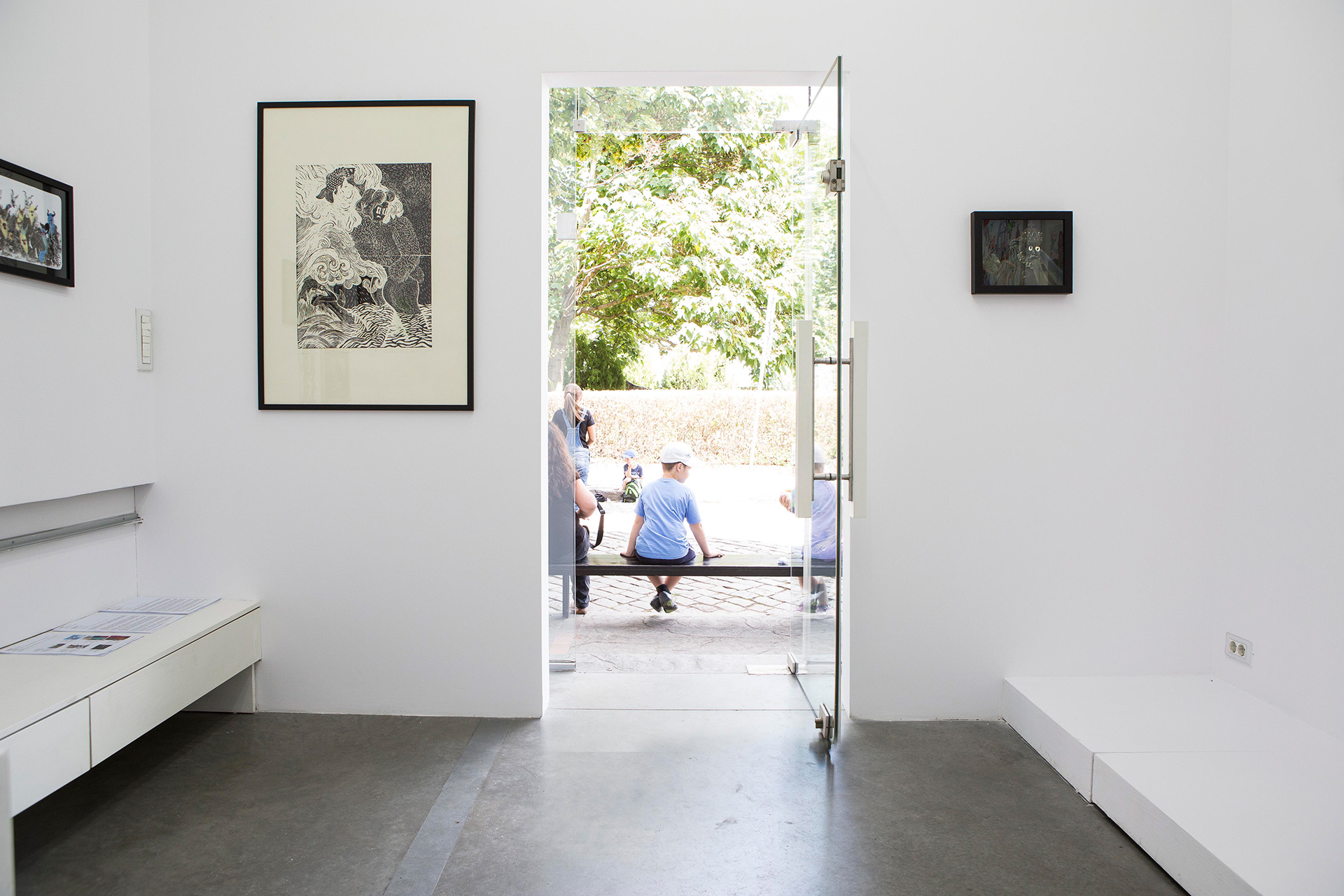 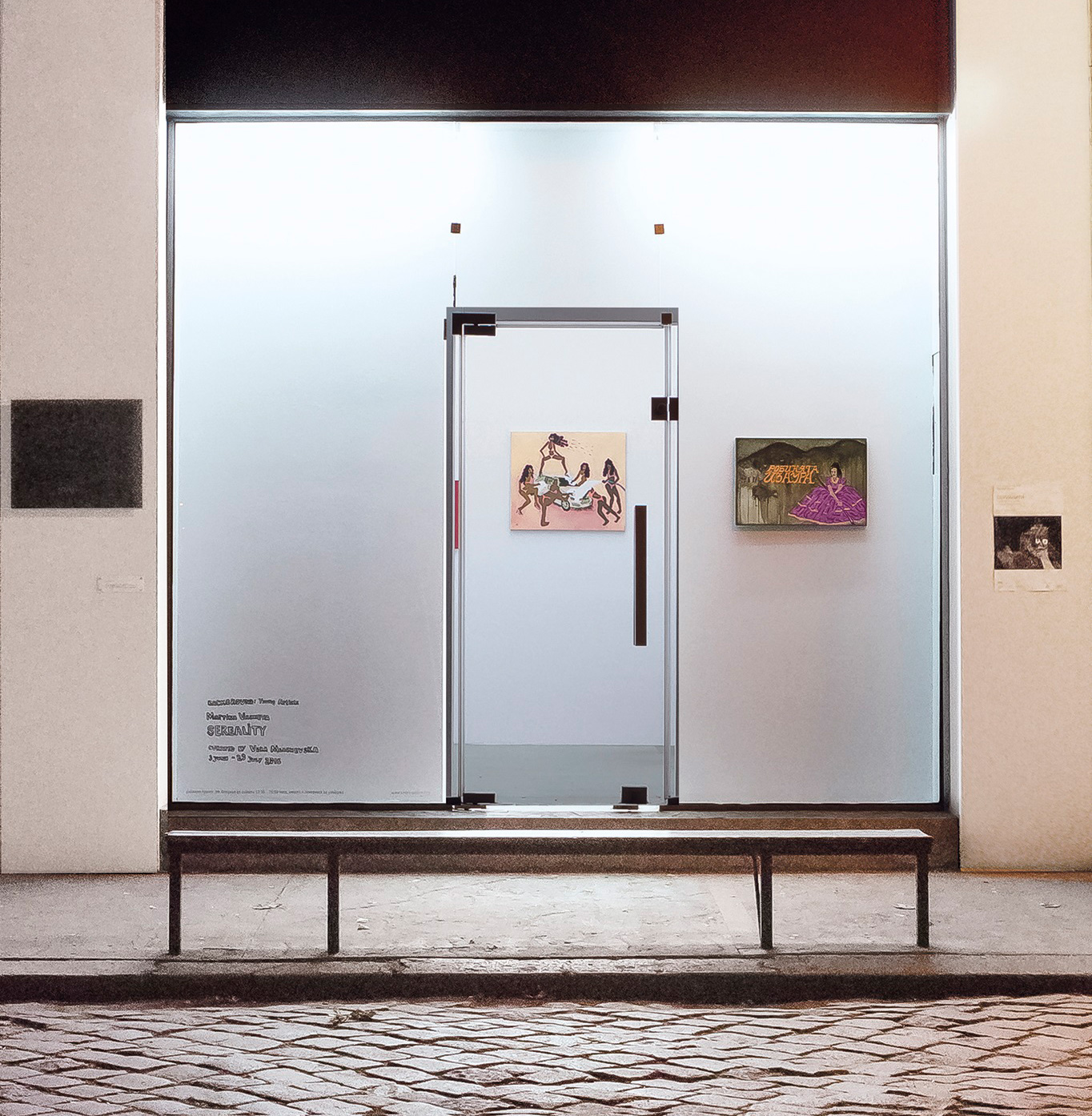 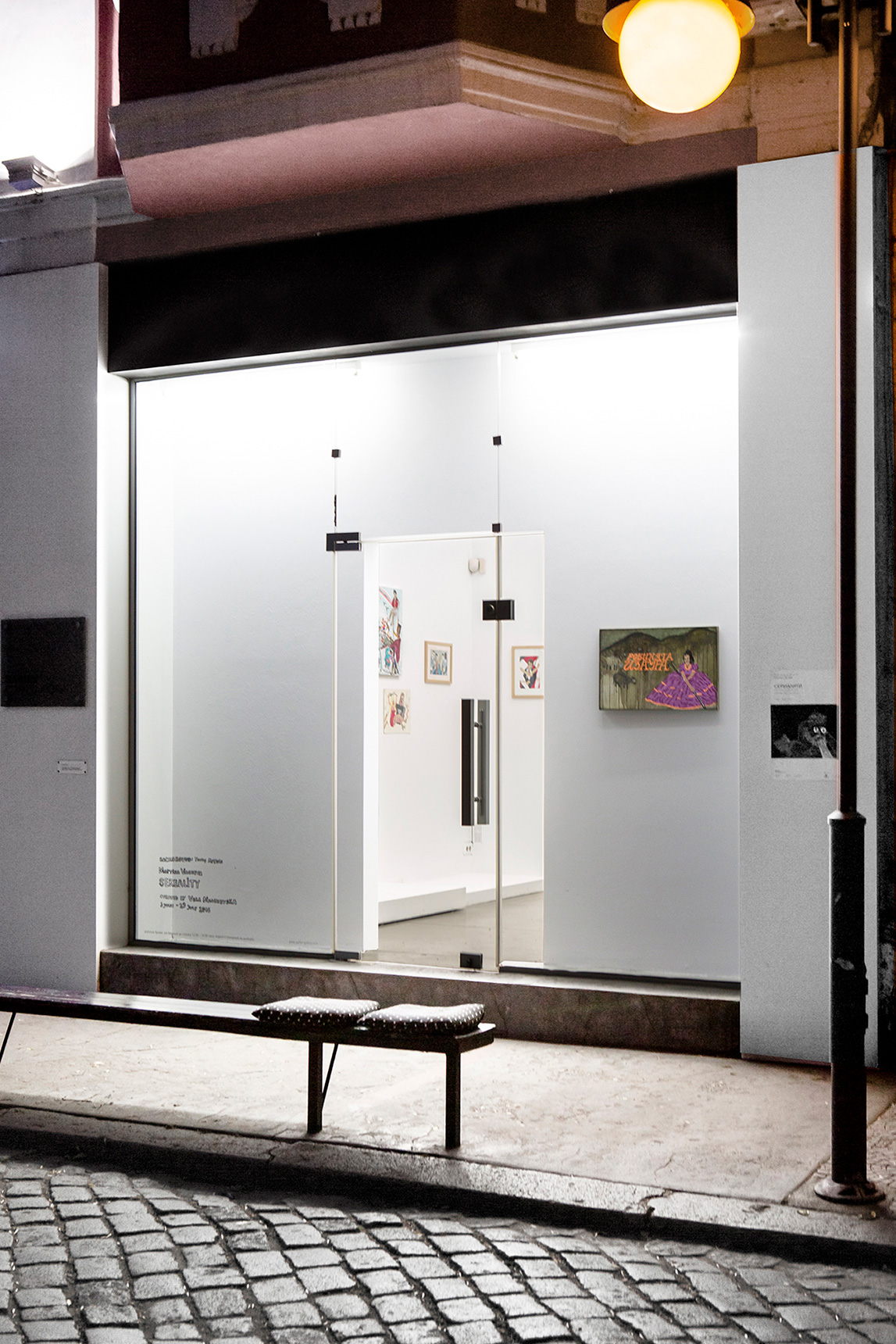