Be Yourself No Matter What They Say
Info Artworks Installation views 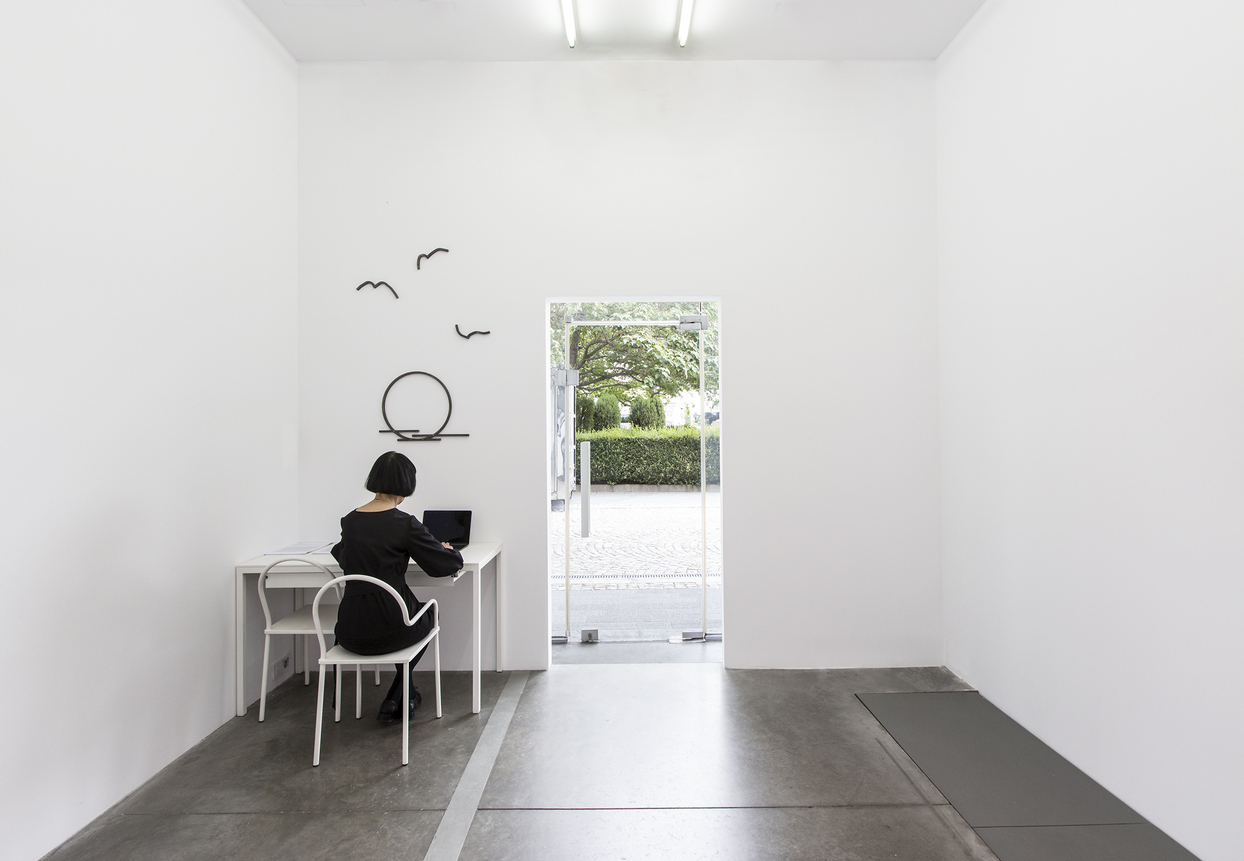 Be Yourself No Matter What They Say

SARIEV Contemporary, Plovdiv is pleased to present the solo show "Be Yourself No Matter What They Say" by the gallery represented artist Stefan Nikolaev.
The exhibition will take place from 17 May to 28 June 2019 in the gallery space, and will be opened on 17 May, 6:30 pm in the presence of the artist.

- The innocent eye sees nothing.

- „We constantly drift between the object and its demystification, powerless to render its wholeness. For if we penetrate the object, we liberate it, but we destroy it ; and if we acknowledge its full weight, we respect it, but we restore it to a state which is still mystified.“ - Roland Barthes, „Mythologies“, 1957

The subject of this text is a number of artistic works collected in an exhibition with a certain title and concept, for whose presentation can be used a certain and tested art-history approach - a short iconological analysis of the works, accompanied by a commentary on the cultural context and the artist's overall work. For the fourth solo exhibition of artist Stefan Nikolaev in Sariev Contemporary gallery, this method, here rather convenient given the nature of the works (sculptural), turns out to be quite slippery in a sense. On the one hand, the symbolic load of the works does not originate so much from the intention of the author as from the viewer's eyes. Proof of this are the ironically-catchy titles that deviate more than they lead somewhere. And on the other hand, because the artist, more than ever in his exhibition, uses cultural mythologies to see where his experiments with the properties of sculpture can lead him to. Do these mythologies break down in their materialization or become tools for grasping modernity?

For the roaming around them, Stefan Nikolaev chooses an interesting Virgilian companion. Only an artist is, according to poet Charles Baudelaire, able to decipher the meaning of the analogies that allow the transition from the world of perceptions to that of ideas. The beginning of Baudelaire’s poem "Correspondances", quoted by Nikolaev, is like Dante's warning to the ones crossing the gallery’s entrance. In the space of symbols created by the artist, they are as observant as they are observed, with a particularly "familiar and close look". The instantly recognizable outlines of a dove with a laurel twig in the beak, an upside-down horseshoe, the masks forever frozen into extreme expressions of happiness and sadness, the romantic sunset with flying birds in the sky are present in everyday life, in various material forms often brought to absurd kitsch. But beyond this undeniable and overflowing physical presence, they function as signs testifying to something else, immaterial and stretching over time, which makes them "myths" of a kind, regardless of their manifestations or rather because of them. It‘s namely this that re-surfaces also in Stefan Nikolaev’s searches and connects the remains of history, legends, advertising strategies and mass consumption.

The dove of peace in the work "Dove" (2019) is also the one of Picasso. However, the common origin of the two images branches out with new uses all the way to its existence today in a unicode, that universal language that only computers seem capable of speaking under the U+1F54A formula. Тhe red neon, in which Stefan Nikolaev encodes the image, besides fragility and efficacy also implies a strange warning. Just as unusual use of neon and copper, the artist also makes in "God save the hobby horse" (2019). The warning has become a kind of invitation to stop and enter. Instead of offering a specific answer “where”, the title of the work returns to the artist's way of exploring the images and their shaping. "All pictures owe more to other pictures than they do to nature", writes Ernst Gombrich in his essay “Meditations on a Hobby Horse or the roots of the artistic form” (1963).

The meaning of the images may also be in their ability to gather each other, conceal and reveal at the same time, similar to masks in the ancient Greek theater, which allowed the actors to go on stage several times, i.e. to perform several different roles. In “Ricchi e poveri” (2018) wealth and poverty, happiness and misfortune are the two faces of the same coin, constantly thrown by the one who holds it. With their casting into cast iron, Stefan Nikolaev gives back to the masks their full weight, especially figurative, while gold is the necessary contrast to reflect the light. And it comes, romantic and infinite, from the hurriedly made but quite sufficient strokes of "Be yourself no matter what they say" (2019). The imagination oversaturated with images needs nothing more to get comfortable in front of the screen of its own existence. The positive and probably present in every motivational book title of the work becomes the one of the exhibition, with the typical for Stefan Nikolaev ironic look at clichés. The so-called individualism nowadays is often built on them.

Much more silent, free and conceptual is the beginning of the exhibition, which becomes its end too. "Nothing" (2018), written with the such sought after and appreciated gold on granite, speaks of one of the greatest fears of man and his attempts to deal with it. The existence, which as the sunset comes and goes away continuously, is also that of the images, constantly changing, until in the end nothing remains of them too.

Stefan Nikolaev was born 1970 in Sofia, Bulgaria. He lives and works in Paris and Sofia. He began his studies at the Fine Arts High School in his native city (1983-1988), followed by a course at the Paris School of Fine Arts (1989-1994) and Winchester School of Art in England (1992). There have been many solo shows of his work, including "Rien ne va plus", Michel Rein, Paris (2018); “I Walk a Labyrinth Which is a Straight Line”, Sariev Contemporary, Plovdiv (2017); “Bronze, sweat and tears”, Michel Rein, Brussels (2016); “Business, Model, Sculpture”, Sariev Contemporary, Plovdiv (2015); “If Things Are Not As You Wish, Wish Them As They Are”, Michel Rein, Paris (2013); “Half-Life”, Sariev Contemporary, Plovdiv (2013); “Holy Spirit Rain Down”, Les Eglises contemporary art center, Chelles, France (2010). His work has also been shown in a large number of group shows in France, Belgum, Bulgaria, etc. He has taken part in the Lyon Biennial (2007) and presented Bulgaria in the Venice Biennial (2007, together with Ivan Moudov and Pravdoliub Ivanov), as well as the biennials at Gwangju, Korea and Cetinje, Montenegro (2004). His work has also been shown at various art fairs: ArtBasel, FIAC, The Armory Show, ARCO. For his work for the 4th Cetinje Biennial, Stefan Nikolaev was awarded the UNESCO art prize.
Stefan Nikolaev is represented by Sariev Contemporary since 2013.

Discover the show on Artsy

The show in the media 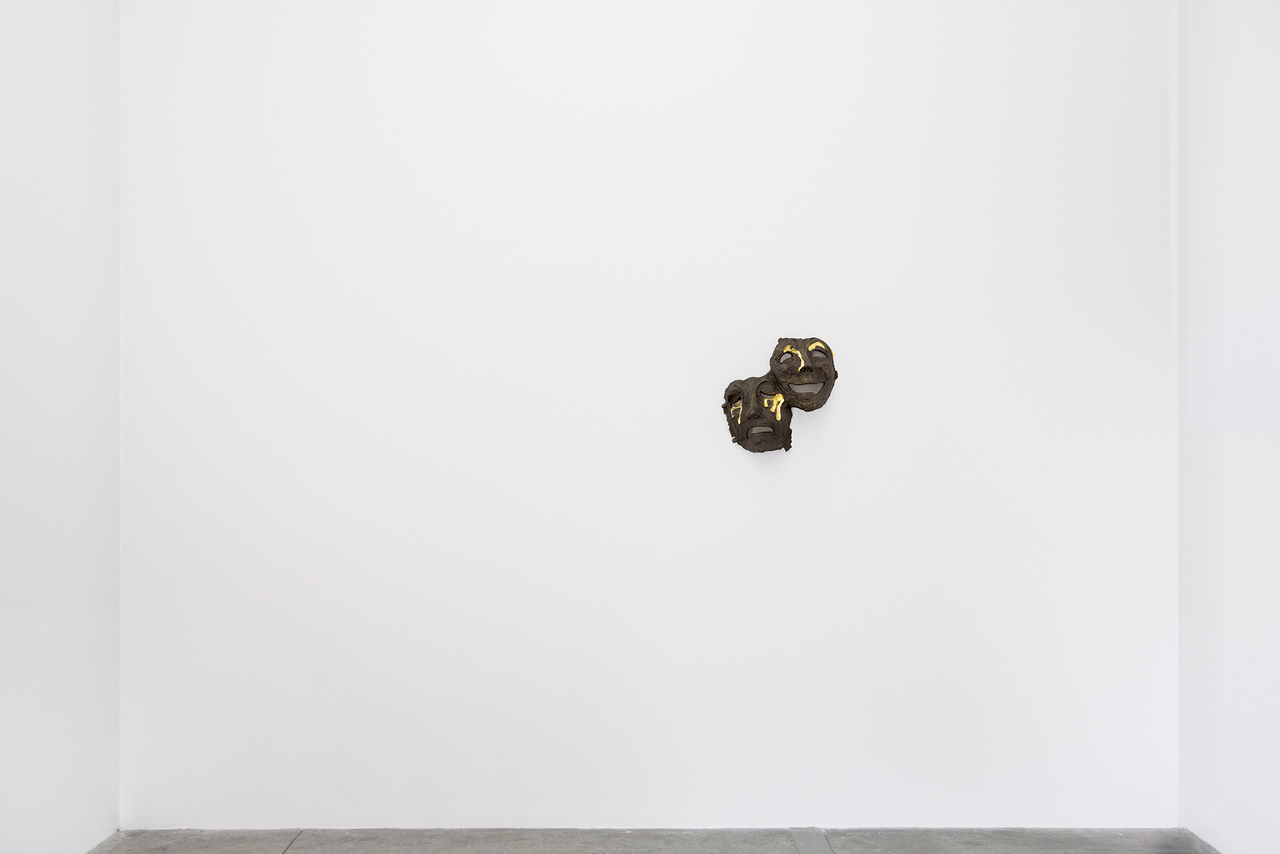 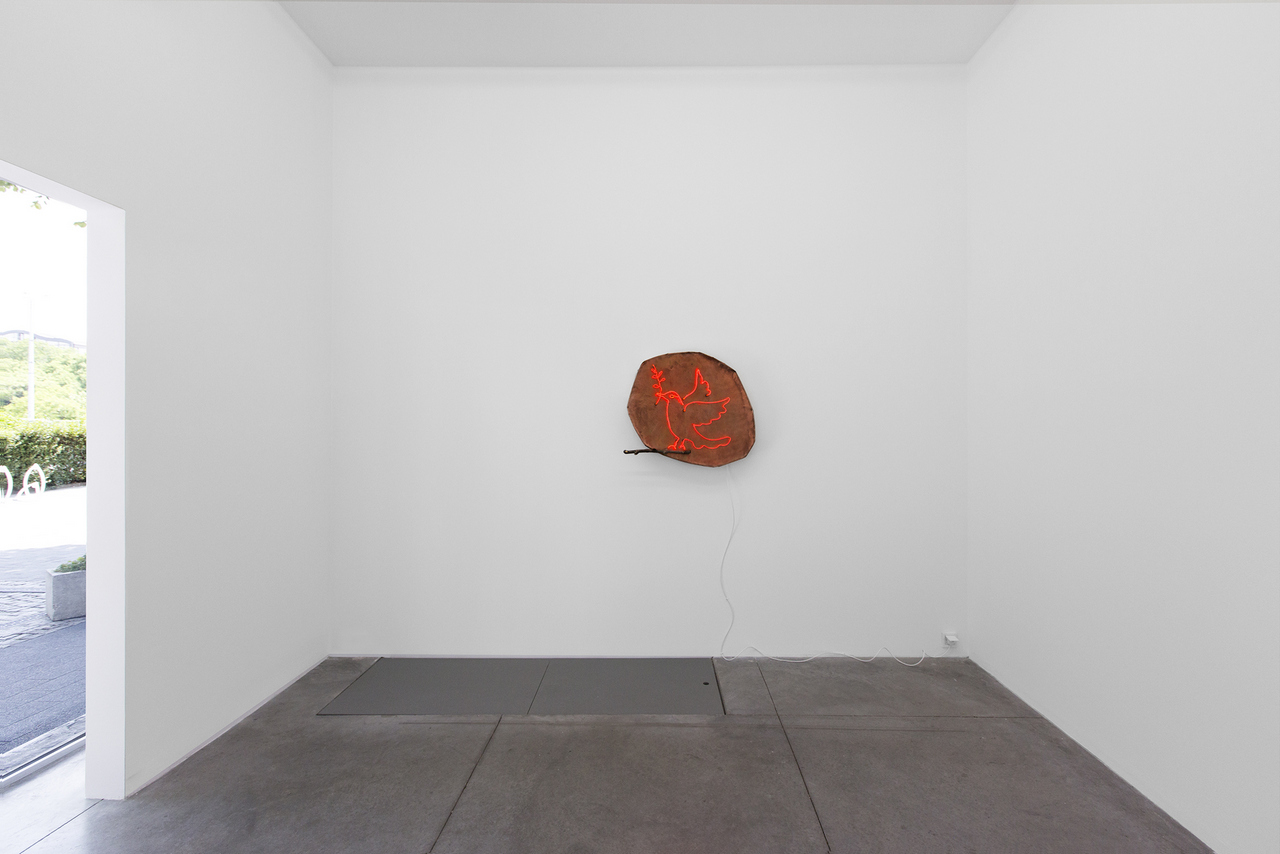 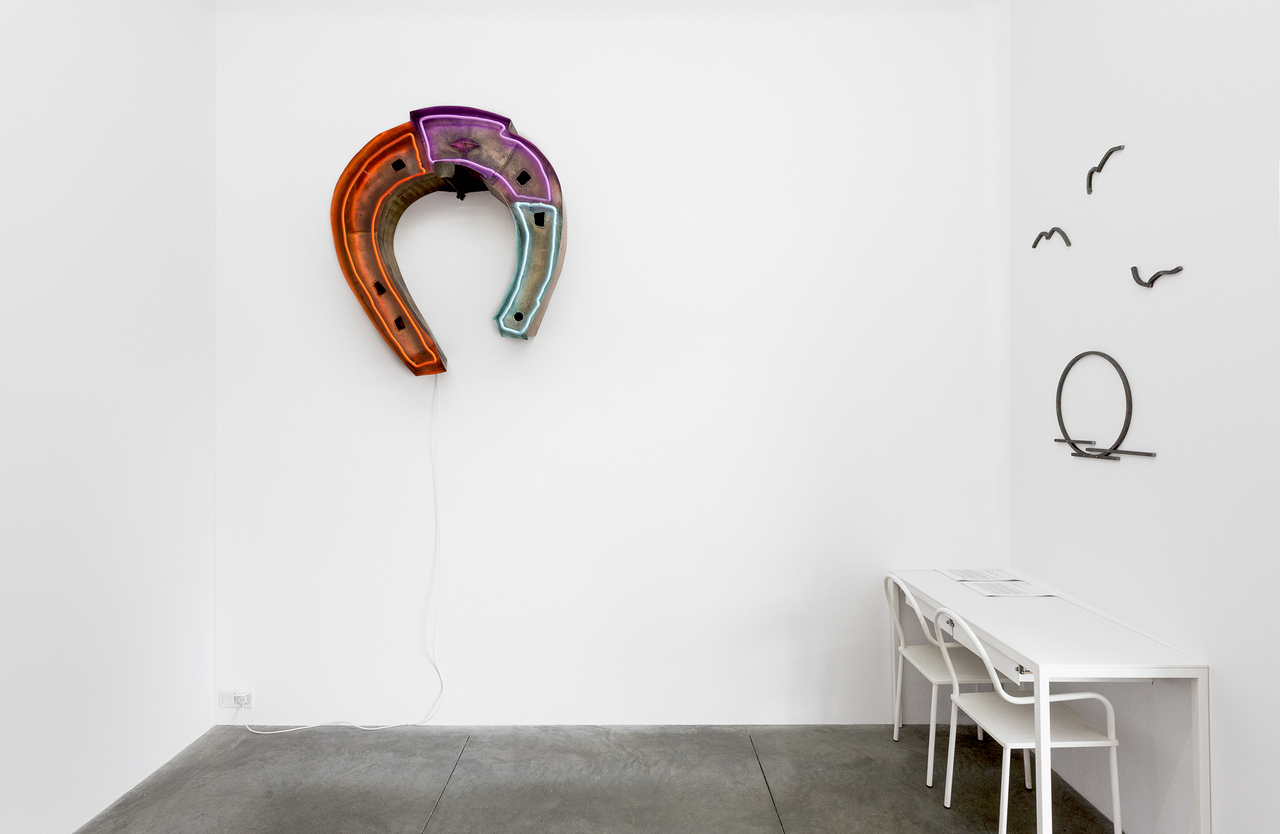 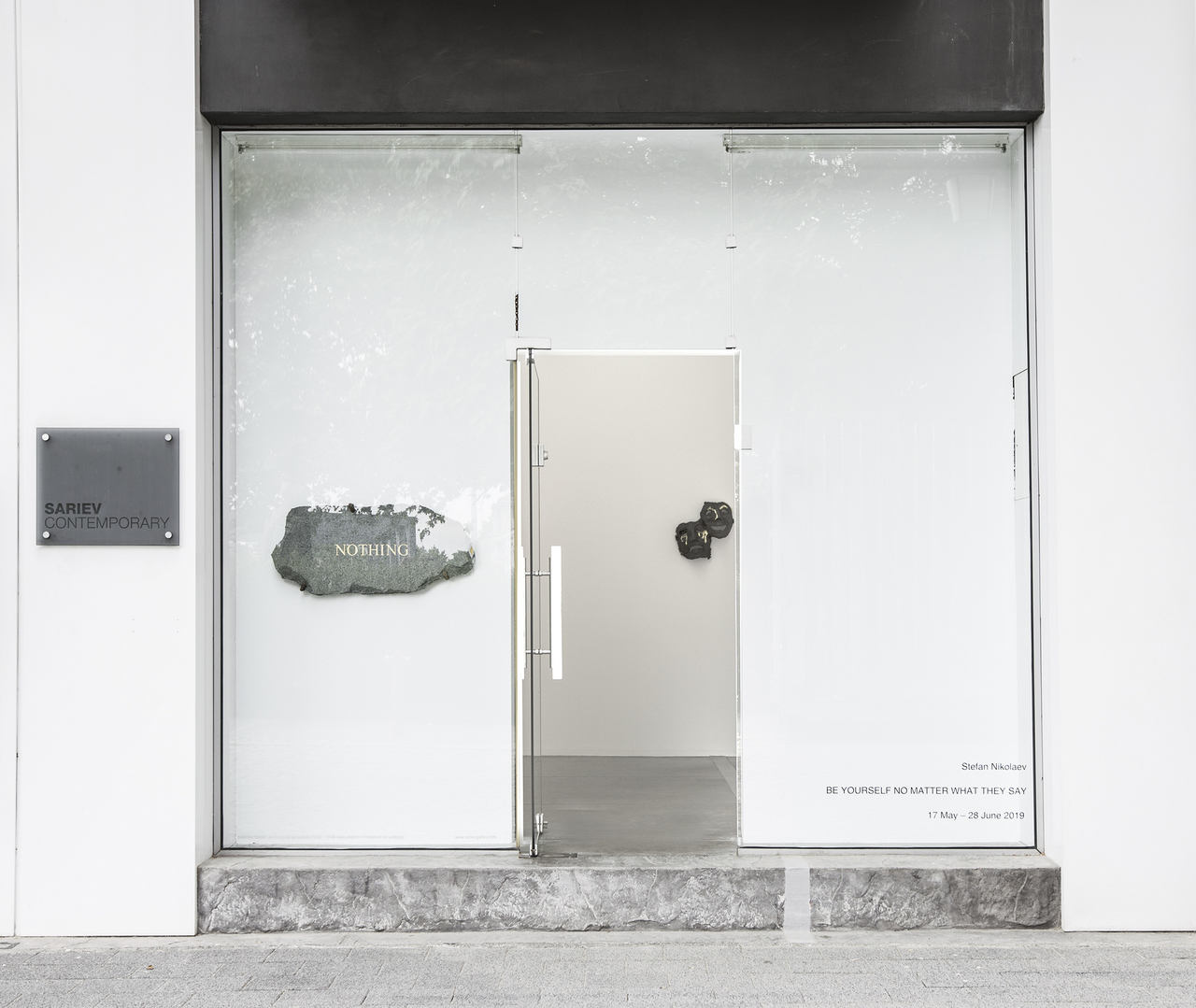 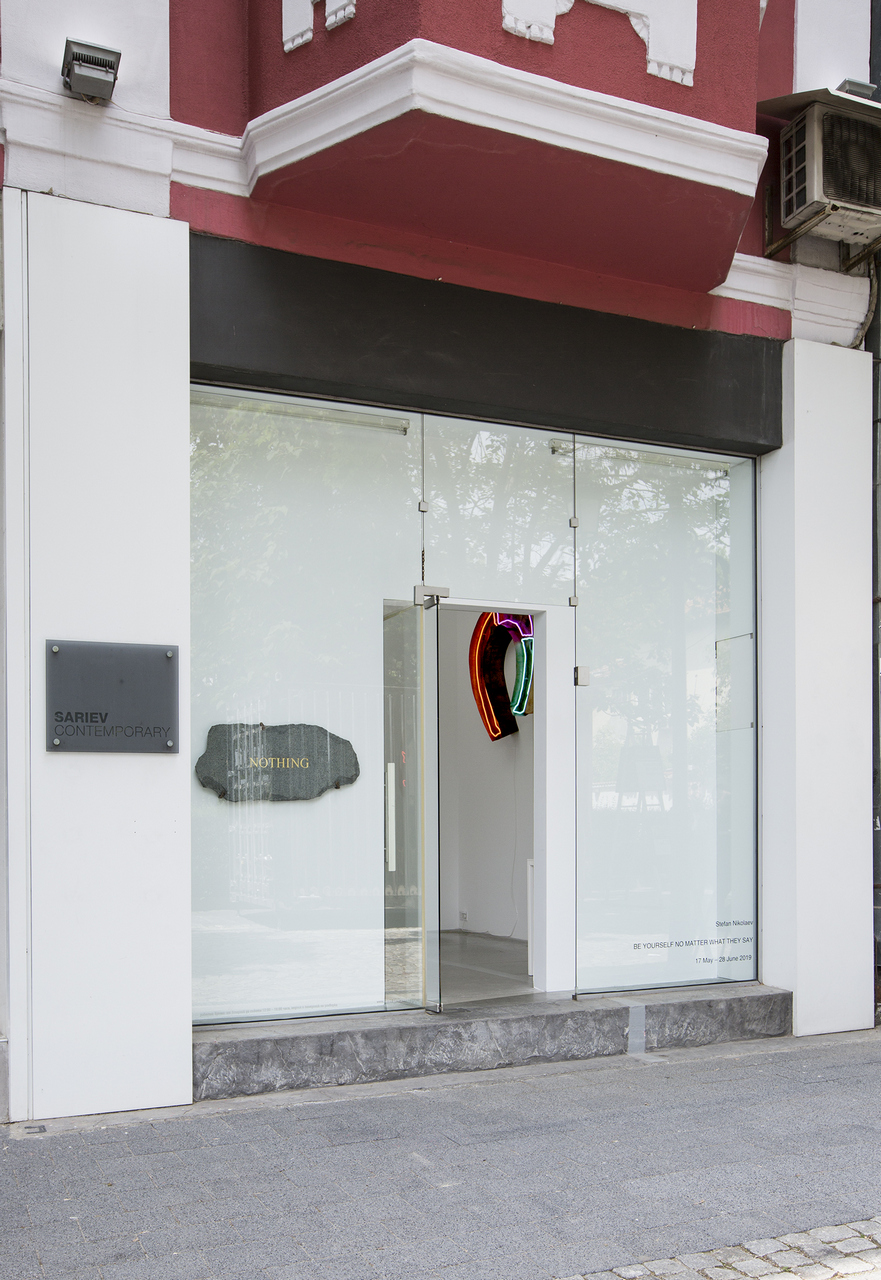