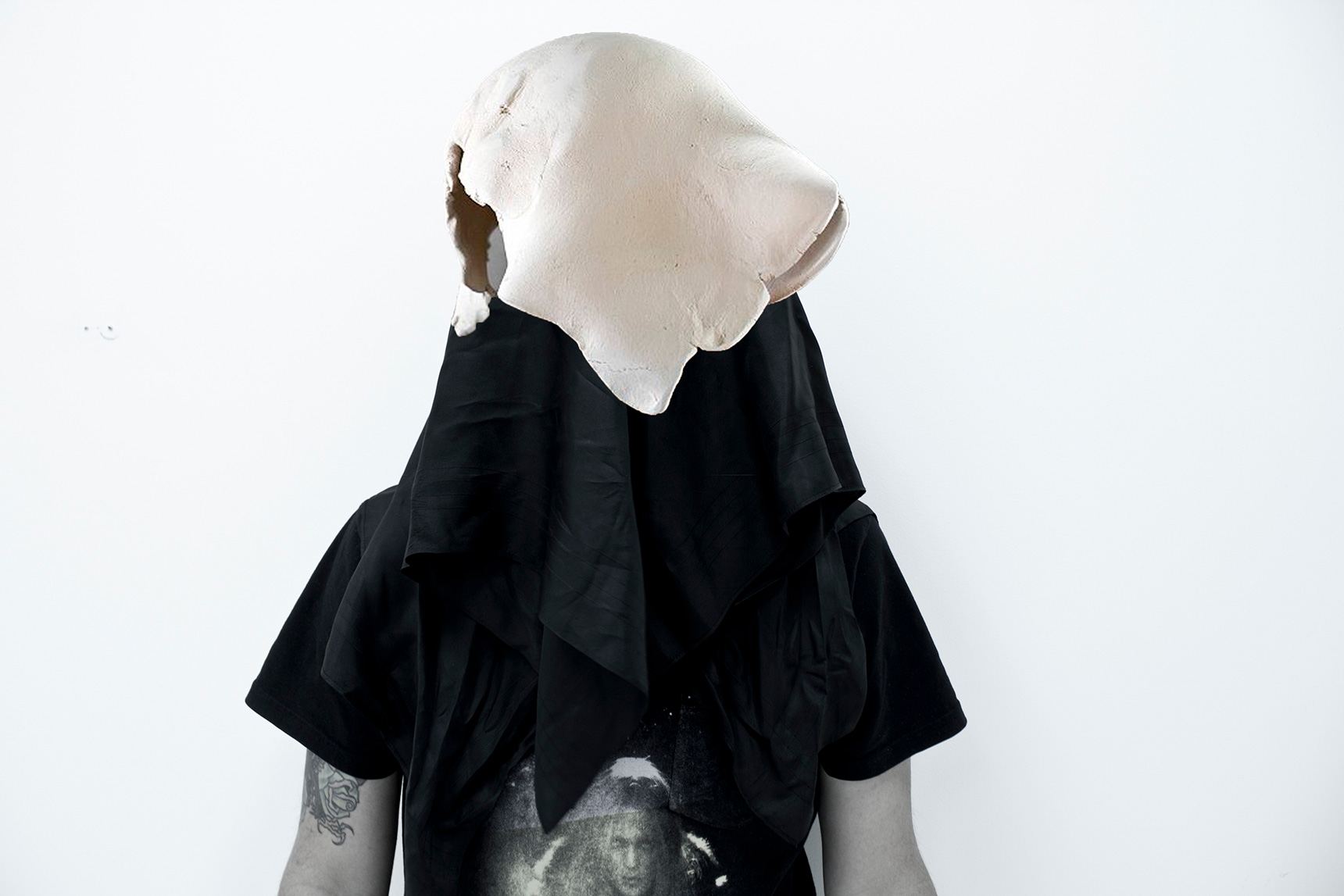 
The Sariev Contemporary team has the pleasure of presenting the gallery’s listed artist Voin de Voin’s second solo exhibition ἀ-μετά-καλύπτω. The show will be on view between 13 March and 20 April 2015 at the SARIEV Project Space, 12 Hristo Dyukmedjiev St., Kapana Quarter.

Recognized primarily as a performance artist, Voin de Voin inhabits this assignation as far as a more rigorous classification of professional contemporary art requires him to. But for those who follow his work closely, its message is diffused somewhat more equally between video clips, texts, installation, fashion, set design, social experiments, performances, interventions in city- and landscapes, and others. De Voin also often allows himself to be an object in other artists’ work and takes part in artistic collaborations. Although his personal image dominates his work, he has no compulsive alter-egos, no set or repetitive repertoire; instead, he is obsessed with the present and communicates himself via current and in-the-moment reactions, personas and attitudes. His person is the stage for the positions he undertakes to recreate and resolve, and he does so with the medium he presently finds closest and most appropriate. Acutely contemporary, yet not simply trendy, de Voin roots his work in the humanities – philosophy, theology and sociology, where he looks for hypothesis that he then turns into new mythologies. А typical feature of his work is the coining of hybrid words, such as “mentalia”, “catastrophobia”, “spiridualism”, “protestion”, “manisensation”, and others.

In his second solo exhibition at Sariev Contemporary, ἀ-μετά-καλύπτ , Voin de Voin takes on the speculations surrounding the tetrad of consecutive “blood moons” (full lunar eclipses) in 2014 and 2015 and the Apocalypse as foretold by the ancient prophets, building on commonly held notions, languages, visual and narrative clichés to introduce his theory of the advent of the post-apocalyptic Mental Age. In his exhibition manifesto, the artist writes: “Has the Apocalypse already happened and might we have failed to register it? In a post-modern, post-nuclear, post-human, post-Internet era, I find myself, as an alive being, entrapped in various codes, psychic dilution and ‘catastrophobia’. Is the Apocalypse a phenomenon that only occurs in people’s minds?”

De Voin finds evidence for our post-apocalyptic existence in the object’s loss of essence, which he believes results from [psychic] repression. Describing the phenomenon, he uses the psychological term displacement, which denotes the unconscious transfer of intense emotion for one object to another – a process that has its own logic and patterns of thinking. Simultaneously thrilling and disturbing, it is often an unconscious disguise of anxieties related to aggressive and/or sexual impulses. “Thus the experience of reality becomes more of an escape route than a way of dealing with fears; a space where values generated by outside factors (such as governments, technologies, capital or natural disasters) are appropriated,” explains de Voin.
It is by denying “space” its meaning as a distillation of essence and presence that Voin de Voin introduces such notions as “the inner imaginary”, “escape boulevard”, “the melting of the sexes’ ice caps”, “psychology of nature”, “new eco system”, “global warming as an element of creation”, “the atom as a demonic concentration”, “reproduction and mutation”, “the opportunity to humanize through the oral tradition”, and poses questions about the possibility of relating: “Perhaps love is only possible after the physical death of the body?”
Building on these, Voin de Voin introduces his broader idea of the “advent of the Mental Era”, which, he sees as an inner state arising from a new desire for the preservation of life – a desire for a life of the soul. The Mental Era’s goal is to abandon all representative images and work with the non-image/non-object, which are born out of the future imaginary. A series of works in ἀ-μετά-καλύπτω comprises of five portraits of people who have survived the Apocalypse bearing the scars of genetic mutation; their disabilities – embodiments of refined, supercilious metaphors. Distorted and bizarre, these body parts – hands, legs and eyes – are visually multiplied by the artist to a state of trivialization, ridicule, and, ultimately, release from the disability.
ἀ-μετά-καλύπτω includes performance work, video, installations, photography and objects.


ἀ-μετά–καλύπτω – a hybrid term coined by Voin de Voin combining the Greek word for apocalypse – ἀποκάλυψις, with the prefix μετά – after.

Apocalypse (Ancient Greek: ἀποκάλυψις – from ἀπό (from) and καλύπτω (to cover)) means a disclosure of knowledge, lifting of the veil or revelation. In religious contexts, it is a type of religious text revealing something hidden. In colloquial speech – because of the contents of the most famous apocalypse, the Book of Revelation in the Bible – it is used in reference to any prophetic revelation or to the end of the world in general.

Μετά- (Ancient Greek: "after", or "beyond") is a prefix used to indicate a concept abstracted from another concept. 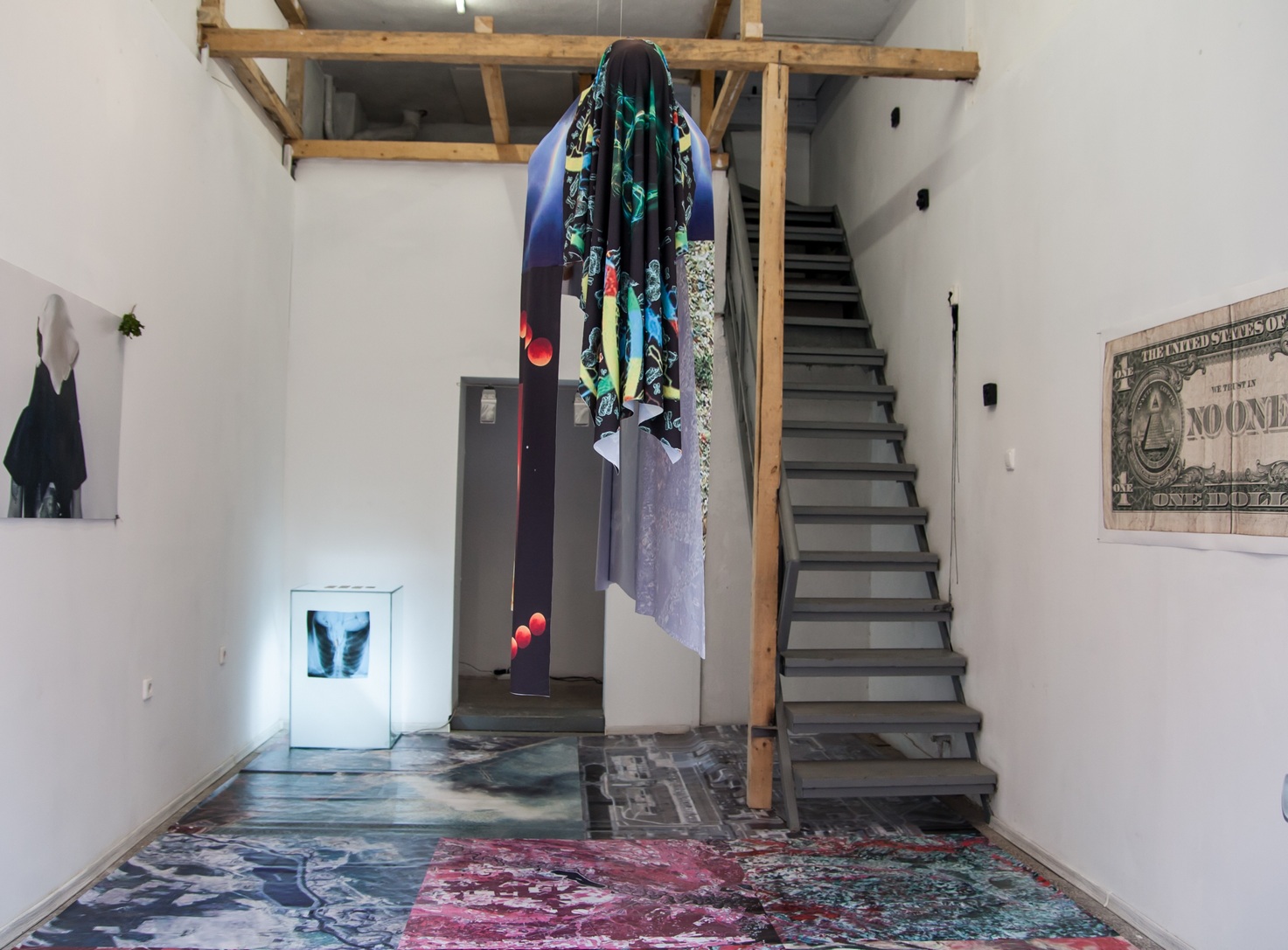 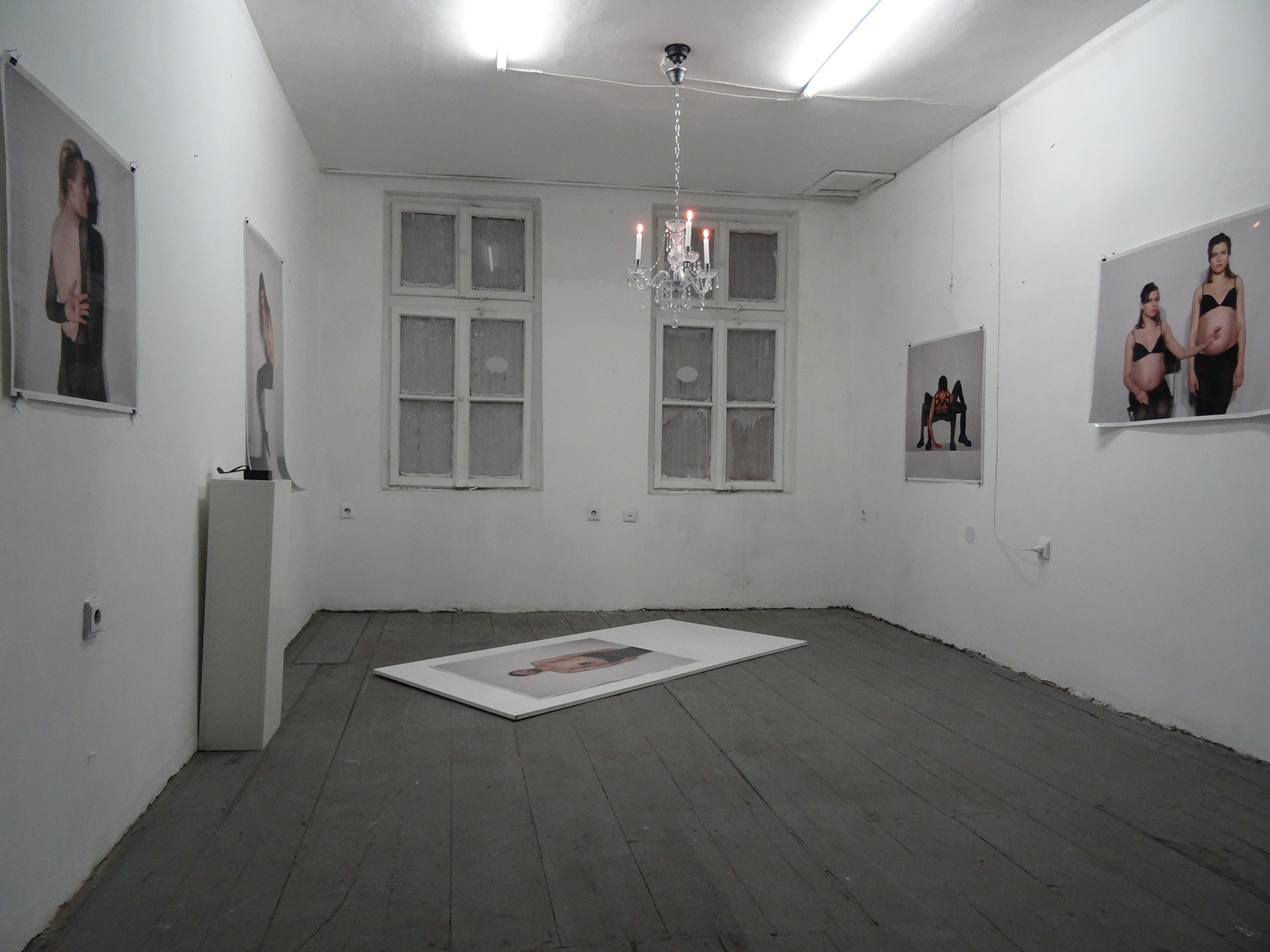 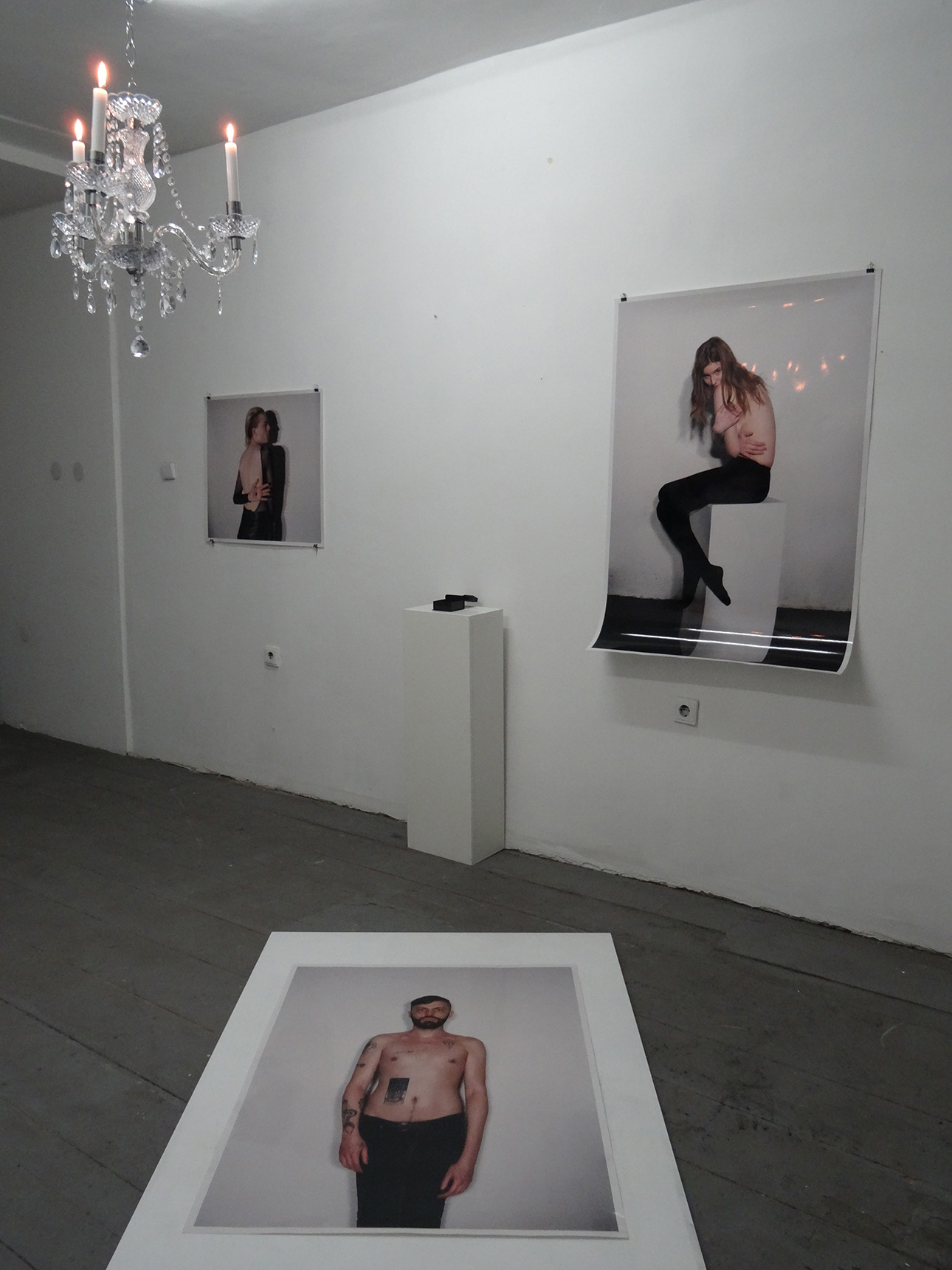 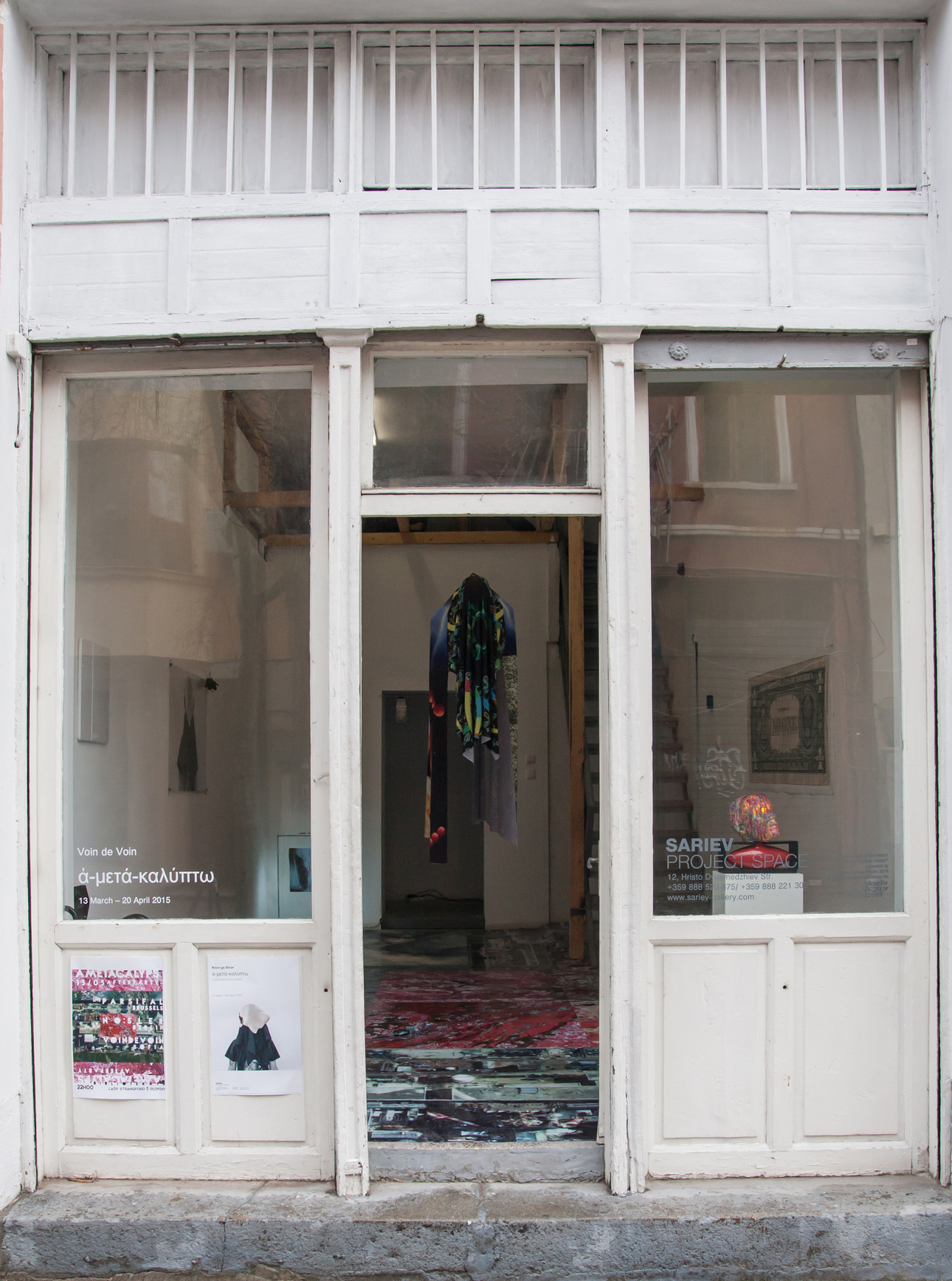