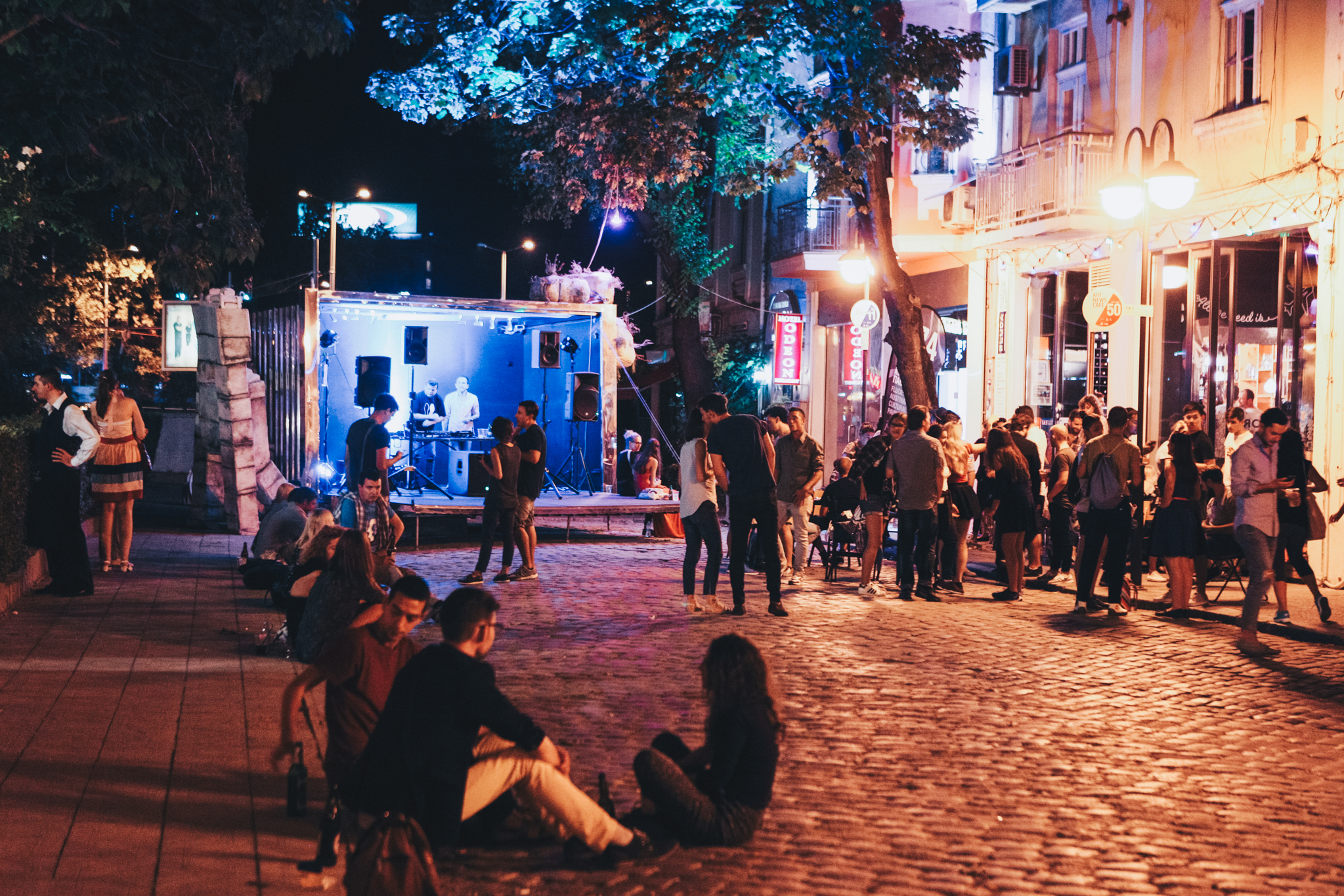 An Open Stage for Art and Culture

Fluca is an open stage for art and culture located in the middle of an artistic microclimate set up at the end of Otets Paisiy St in Plovdiv, as part of the white cube of the Sariev gallery, the artnewscafé meeting point, and the office of the Open Arts Foundation.

The first curator of the platform was Ursula Maria Probst, followed by Walter Seidl. In 2018 and 2019, Fluca's artistic programme was managed by Boris Kostadinov.

Since 2016, Fluca has been one of the most innovative mobile artistic platforms in Bulgaria - presenting international contemporary art, music, performance, video, multimedia, cinema, literature, and design and architecture. As a mobile stage, Fluca has also traveled to various public spaces in Sofia. Fluca is known as a venue for artistic collaborations and performances by independent art groups, collectives, galleries, not-for-profit organisations, and project spaces from Bulgaria, Austria, the Balkans and Europe.

Curator of the 2020 season between June to October will be Vesselina Sarieva (representing Sariev gallery), who will make Fluca a territory of contemporary art and culture by young artists.

At the end of June, Fluca – Austrian Cultural Pavilion will be occupying its usual place at 38 Otets Paisiy St in Plovdiv in anticipation of the opening of the 2020 season which, even though in a reduced volume due to the pandemic, plans to implement part of its programme agenda by October 2020.

Each month, one major exhibition will be presented, specially curated for the FLUCA stage. A music programme, a series of small art events, performances and film screenings will complement the artistic synthesis.

For its preliminary opening on June 21, the stage of Fluca – Austrian Cultural Pavilion presented a special visual project of the Plovdiv-based French artist Mitch Brezunek together with artists Martina Vacheva and Valko Chobanov. They turn urban furniture Enzi into an art installation, shaping the oasis of this microclimate. The project blurs the lines between illustration, street art and contemporary art to ask us „What are our plans for summer 2020?“. The event presents the independent radio of Plovdiv XRaydio on the occasion of its 9th birthday.

On June 29 with the official opening of Fluca – Austrian Cultural Pavilion starts with an exhibition of the Austrian artist Florian Lang who continues the utopian holiday topic.

In August, the Fluca stage presents Tatjana Danneberg in cooperation with LambdaLambdaLambda Gallery, Pristina. The young Austrian artist’s exhibition will invite the audience to take an active part, rather than just observe, and to lift the curtain between the imaginary world we live in and the reality that surrounds us.

The program in September continues with a large exhibition of young women authors from Plovdiv curated by Valko Chobanov in collaboration with Veselina Sarieva. The exhibition will present the authors Iva Vacheva, Krassimira Kirova, Marina Genova, Alexandra Laskova and Elena Savova with new works created on the occasion of the invitation. The exhibition will occupy the shiny space of Fluca, but will be deployed in other urban spaces.

The final project for the 2020 season in October is a solo exhibition by Austrian artist Gert Resinger.

An integral part of FLUCA in Plovdiv are Enzi’s comfortable urban seating pieces, donated by MuseumsQuartier, Vienna, which were adapted and designed for Fluca’s area in Plovdiv by artists Vasilena Gankovska and Emil Kirov. In the 2020 season, Sariev invited Plovdiv-based French artist @Mitch Brezounek to transform them into artistic installations which further shaped the oasis of this microclimate.

FLUCA - Austrian Cultural Pavilion is a long-term cultural project - an initiative of the Open Arts Foundation (Plovdiv), the Austrian Embassy in Sofia, supported by the Federal Chancellery of the Republic of Austria, Plovdiv 2019 - European Capital of Culture, in partnership with the Municipality of Plovdiv and the Municipality of Sofia. 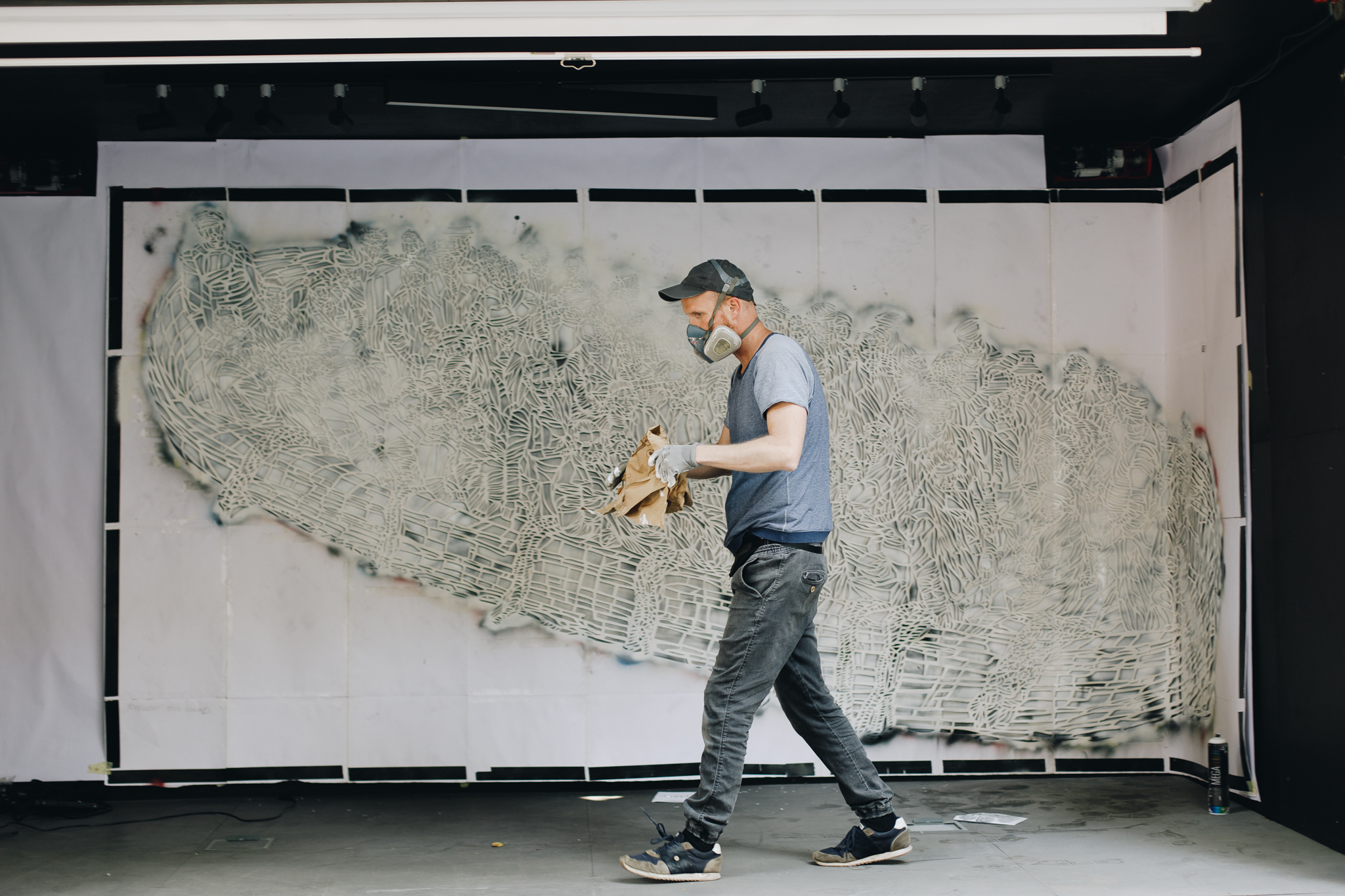 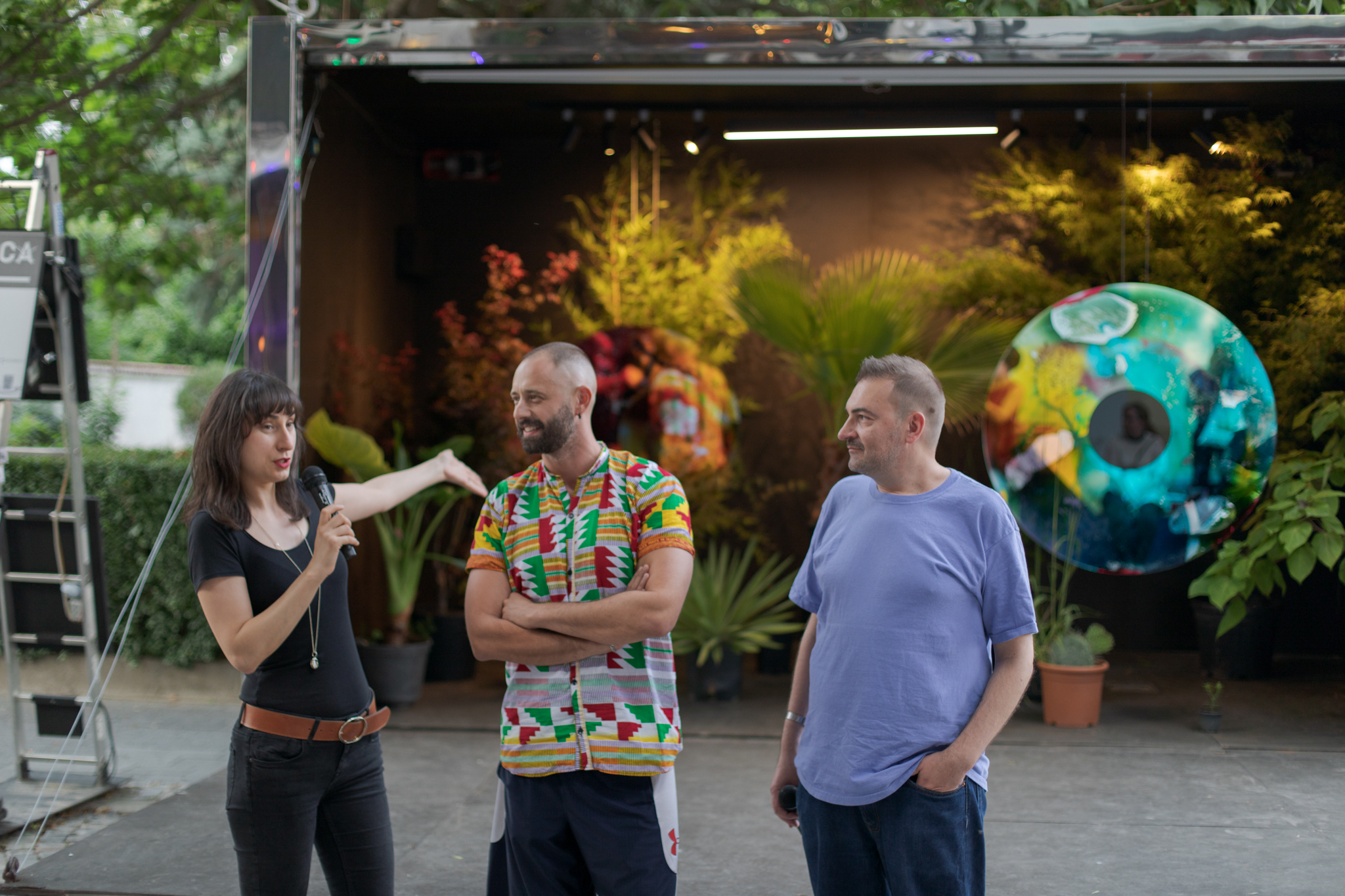 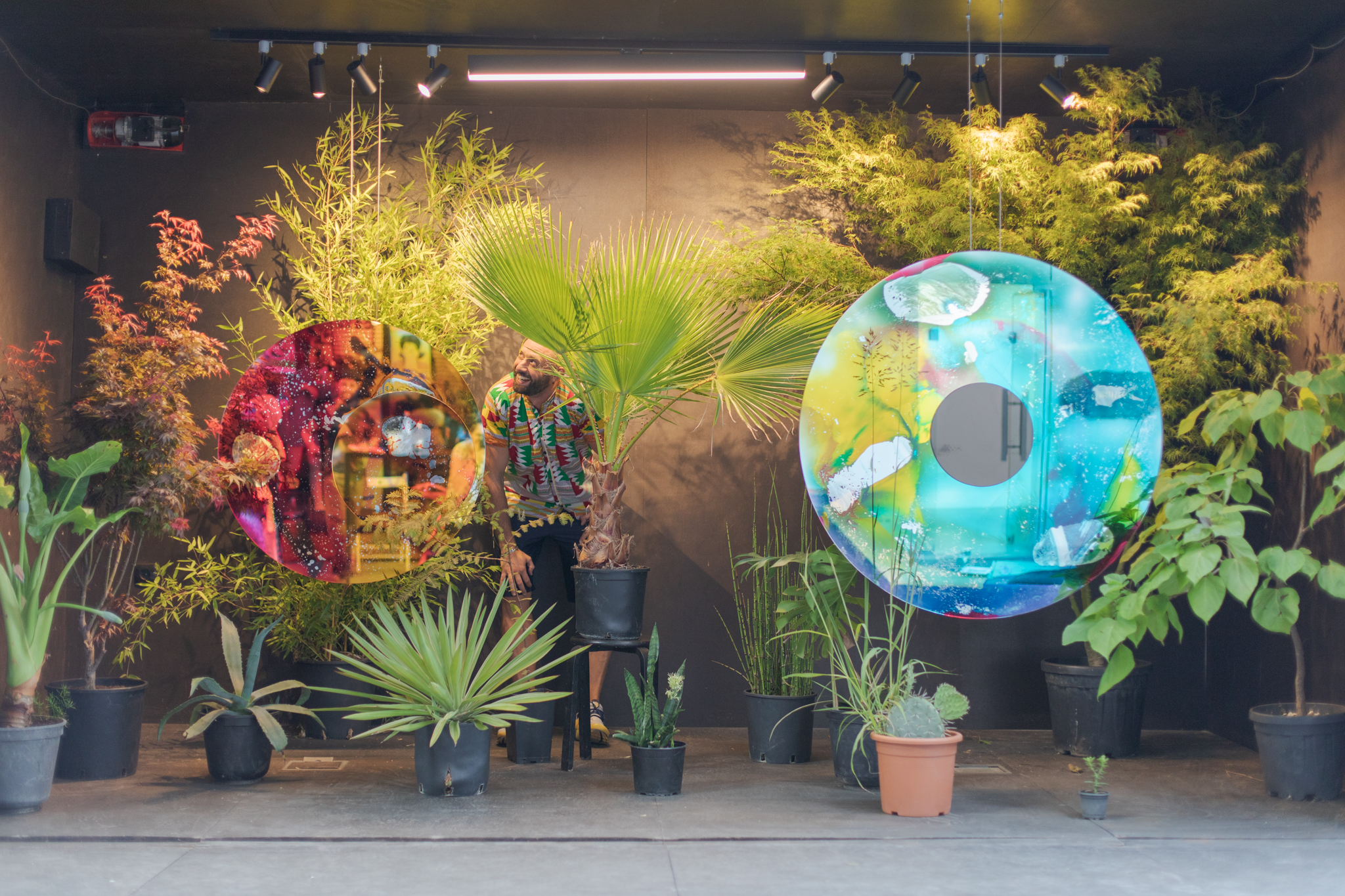 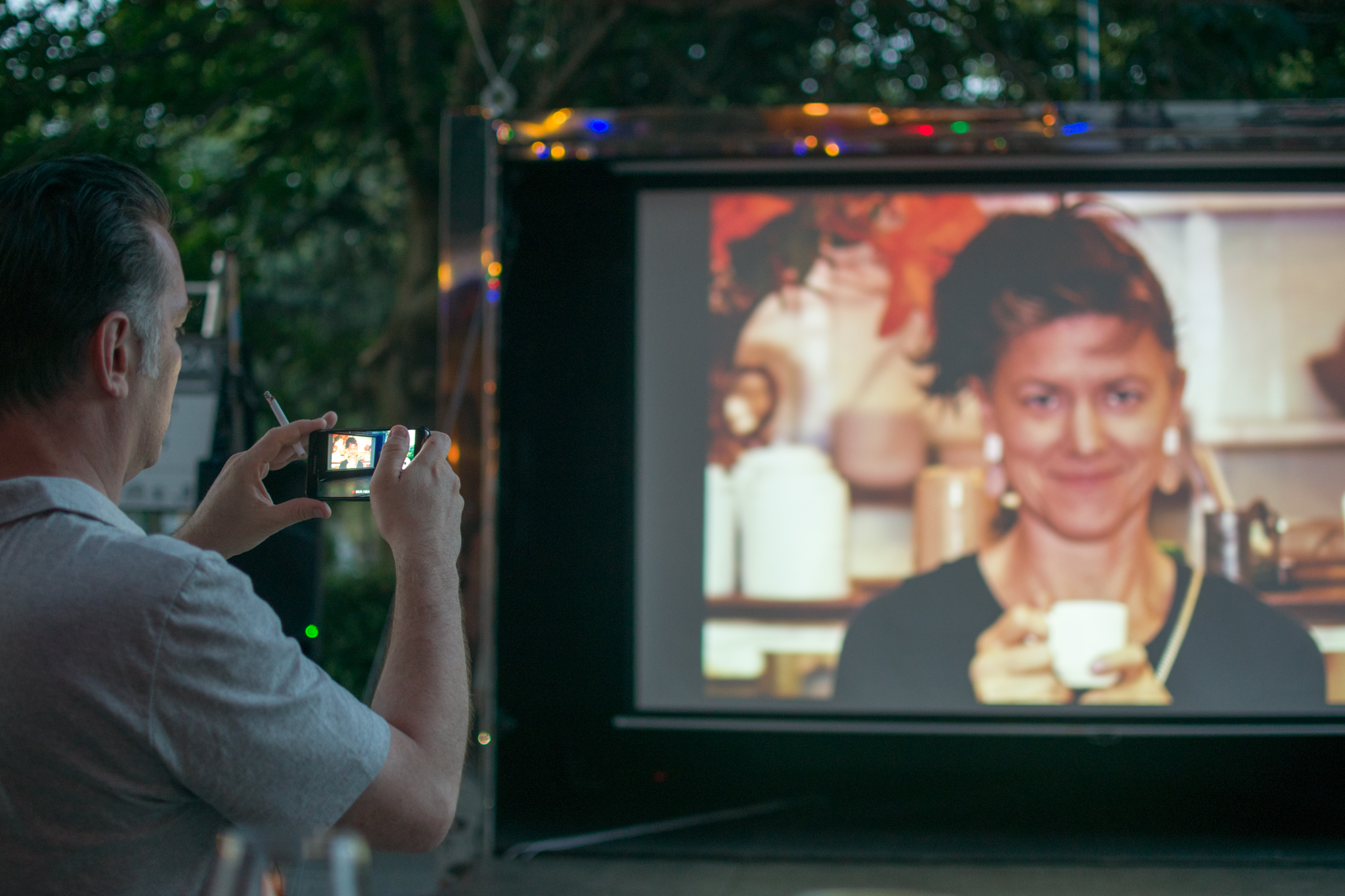 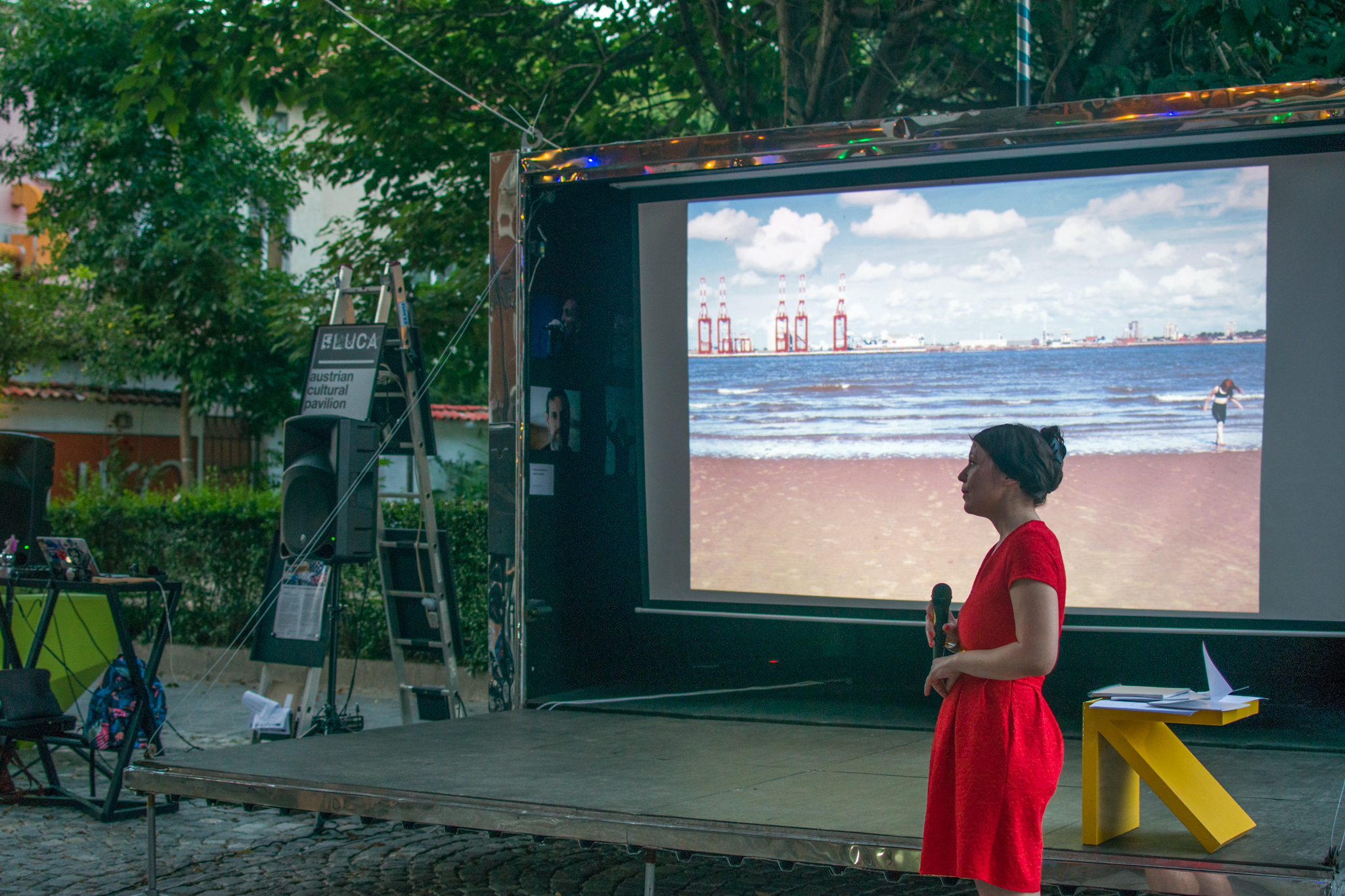 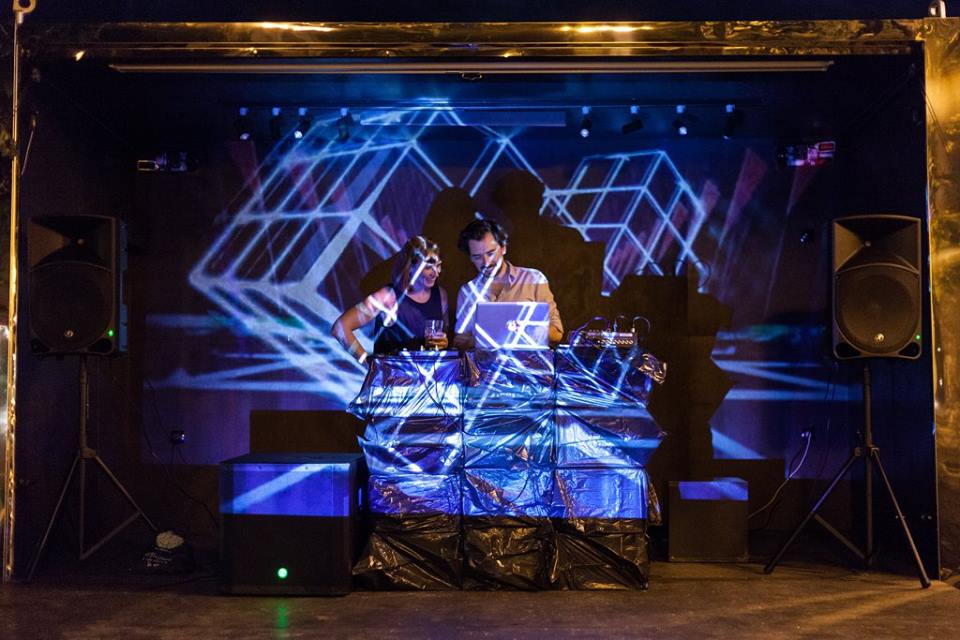 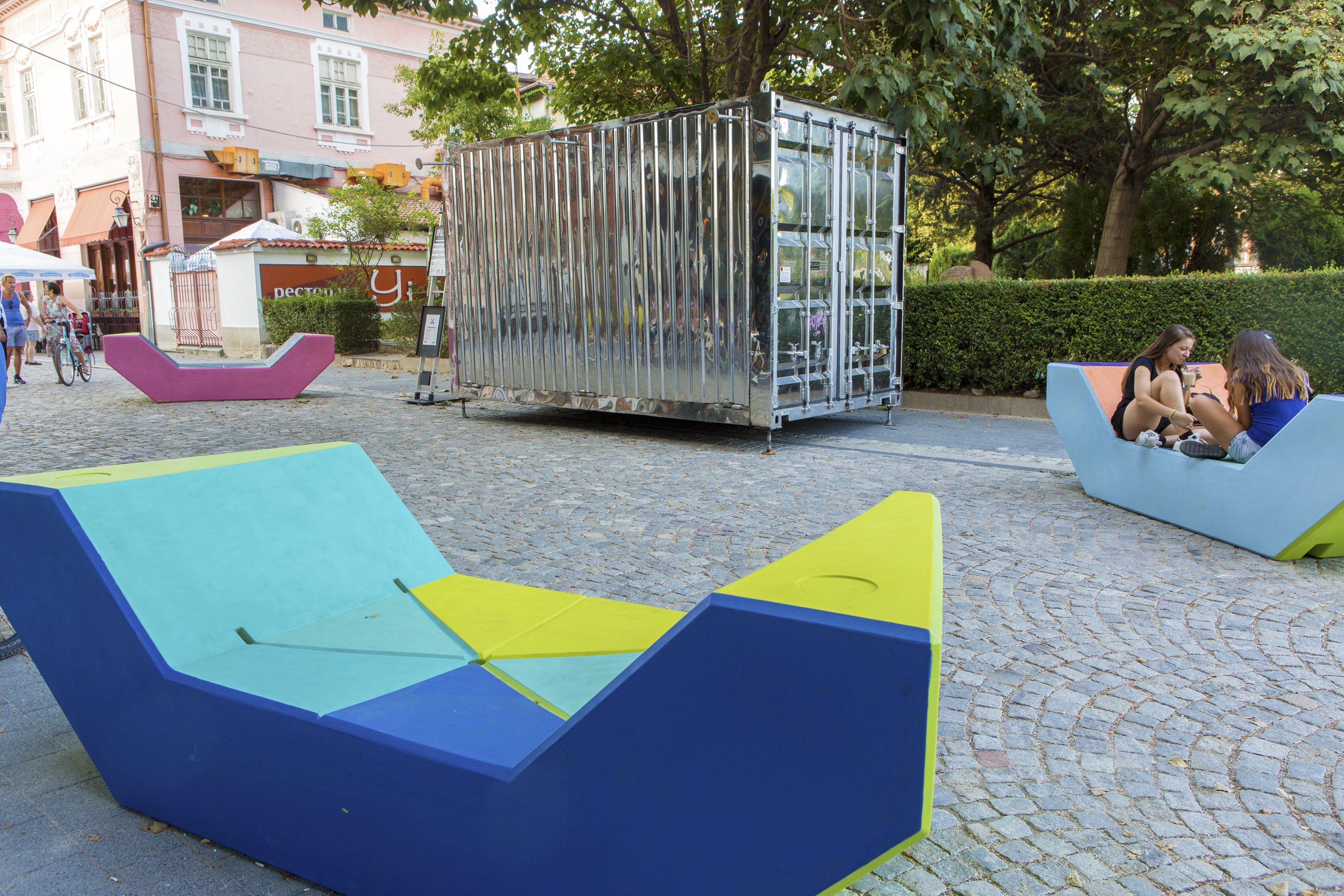 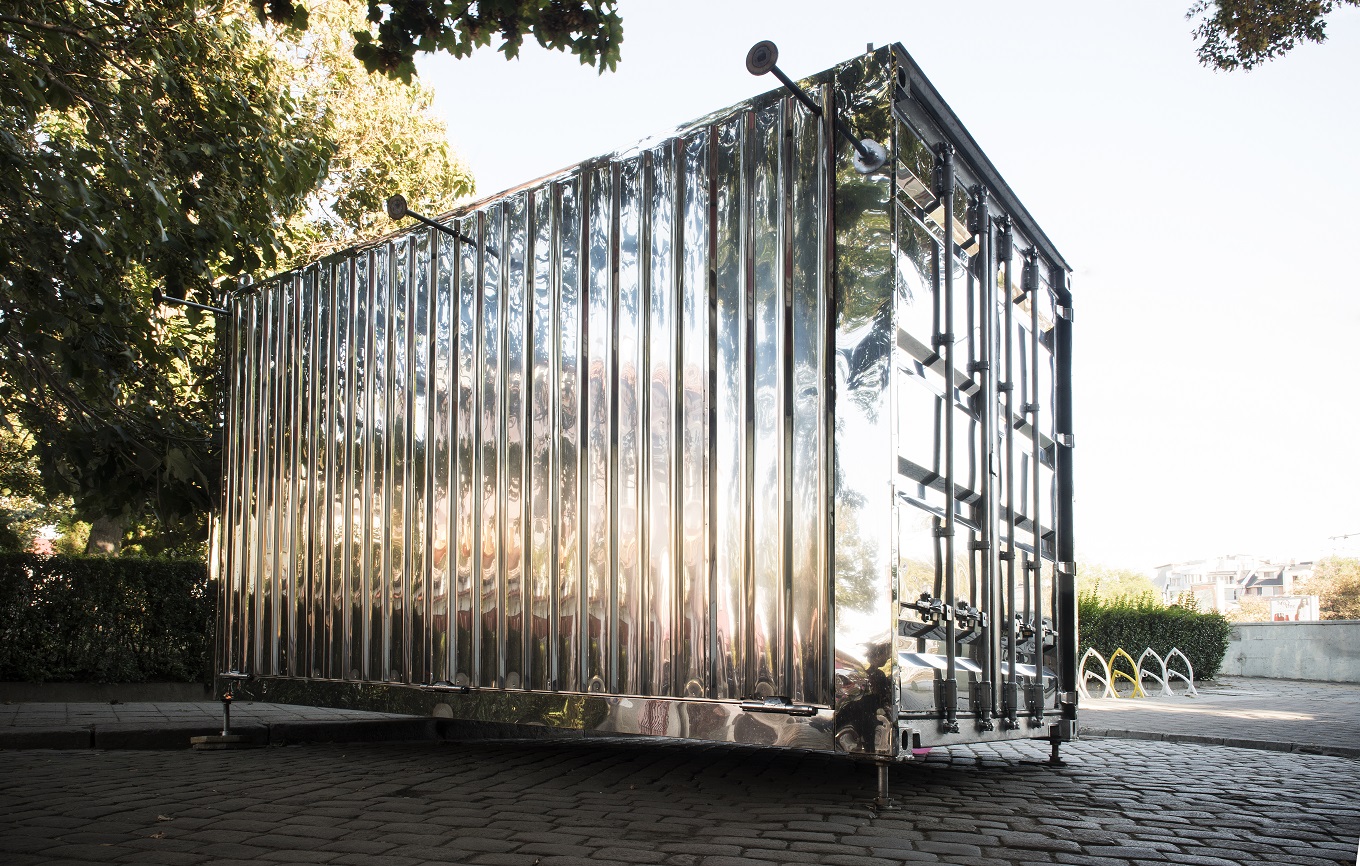 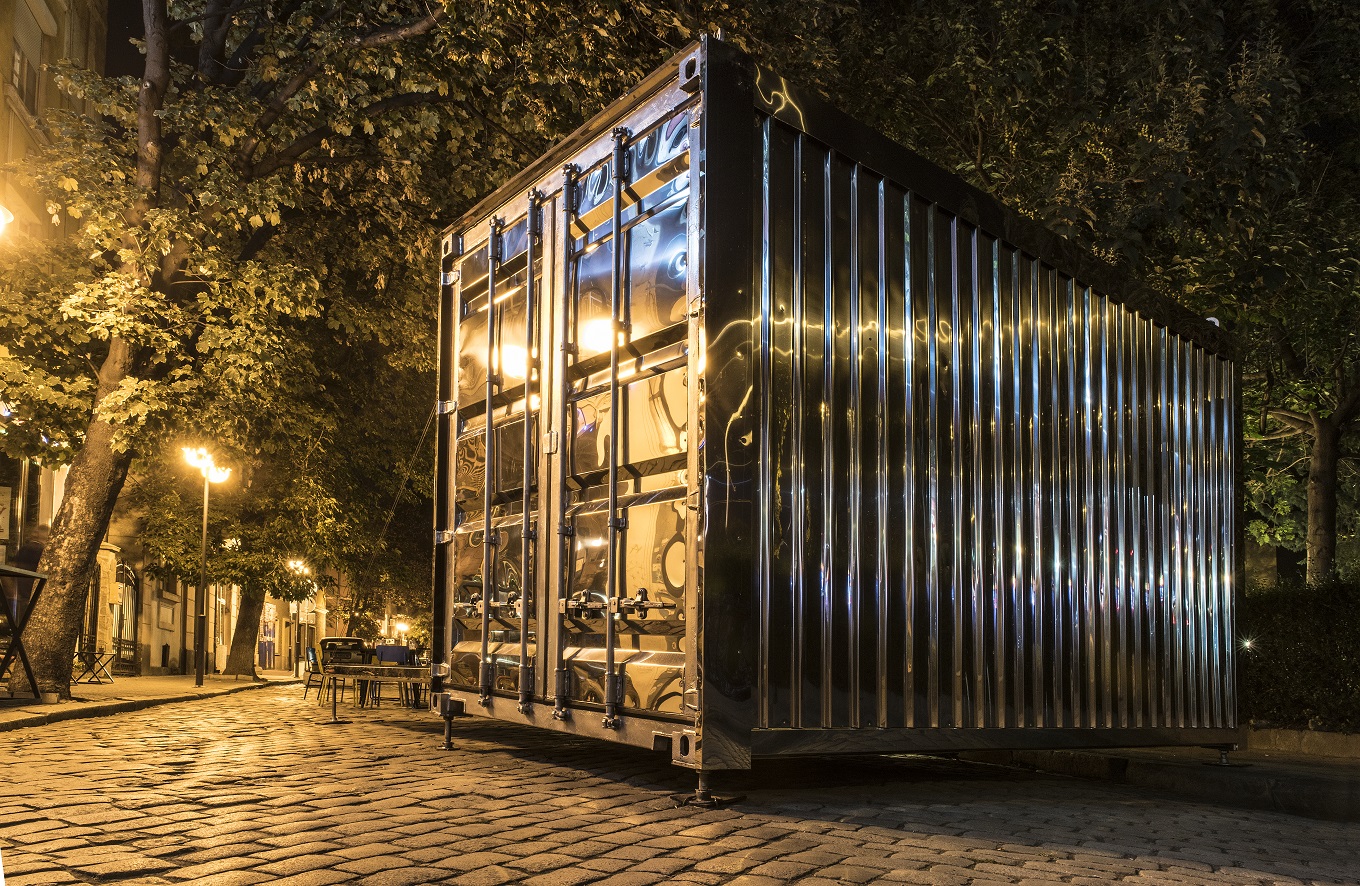 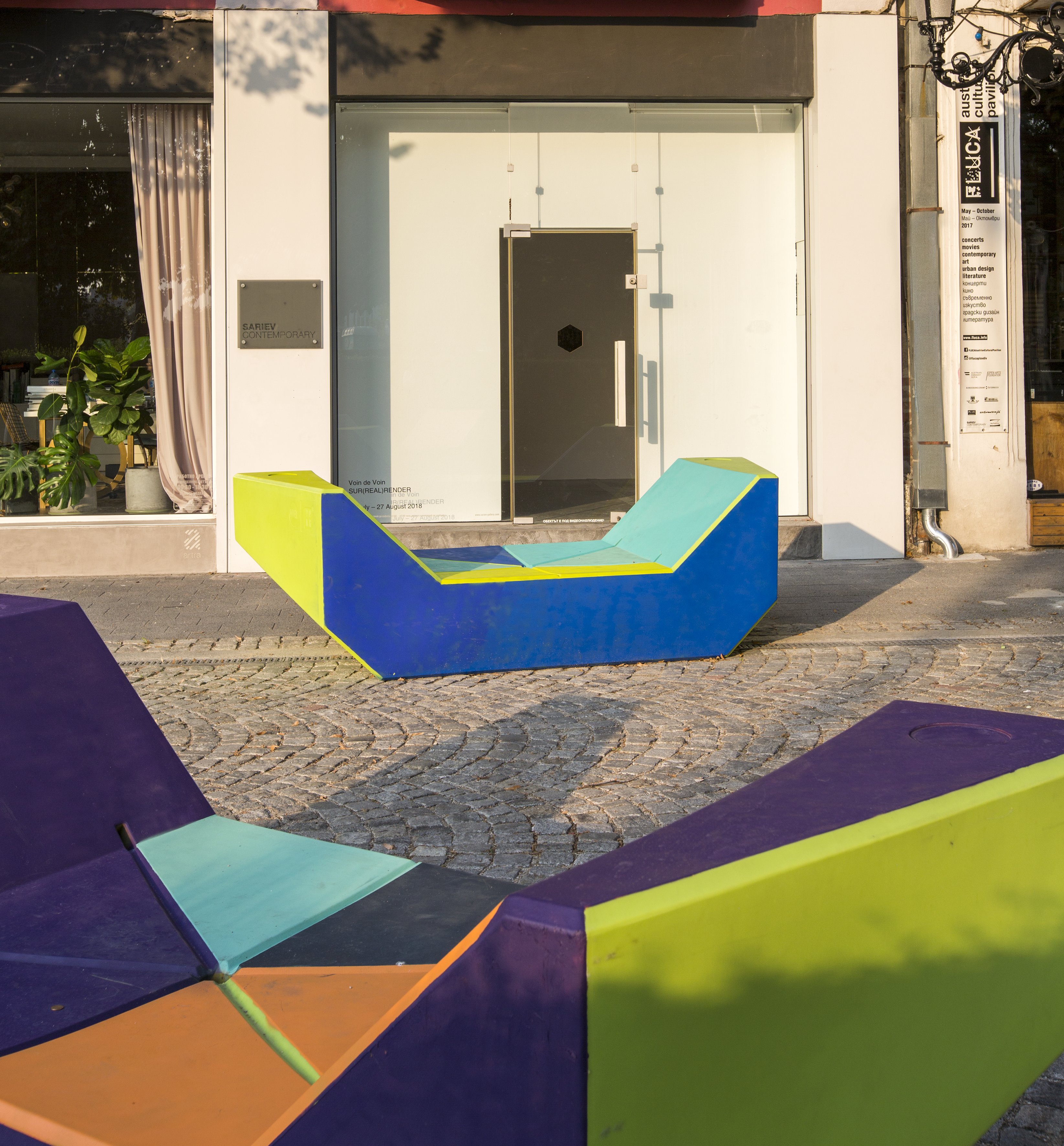