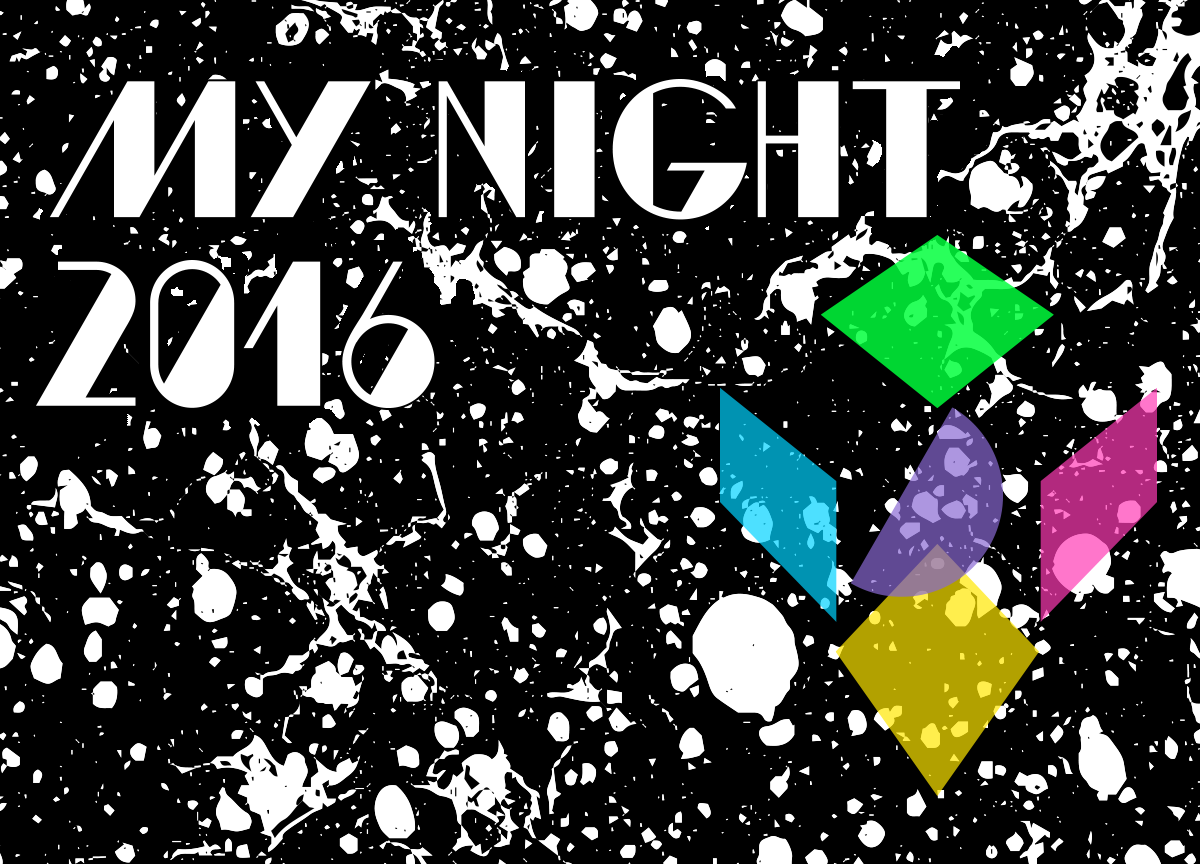 SARIEV Contemporary
at the festival

In 2005 Vesselina and Katrin Sariev from Sariev Gallery initiated the first in Bulgaria Night of Museums and Galleries, in which the local art institutions open their doors for visitors after the regular working hours. The Night was and still is an extension to Vesselina and Katrin Sariev's strategy for supporting and promoting the Bulgarian contemporary art scene through audience development, education and presentation of Bulgarian art abroad.

Nowadays, the festival Night/Plovdiv is one of the largest cultural events in Bulgaria. Beside the traditional Museums & Galleries Program, the event includes dozens of projects in various organisations, independent spaces, bars and club and in public spaces. The special Open Arts Program includes 10 projects, produced or co-produced by the organisers of Night/Plovdiv - Open Arts Foundation.

Beside our events in the Night/Plovdiv 2016 festival, we also organise private tours for our guests. Please contact us if you are planning to attenд the festival and would like to take part in our special program! 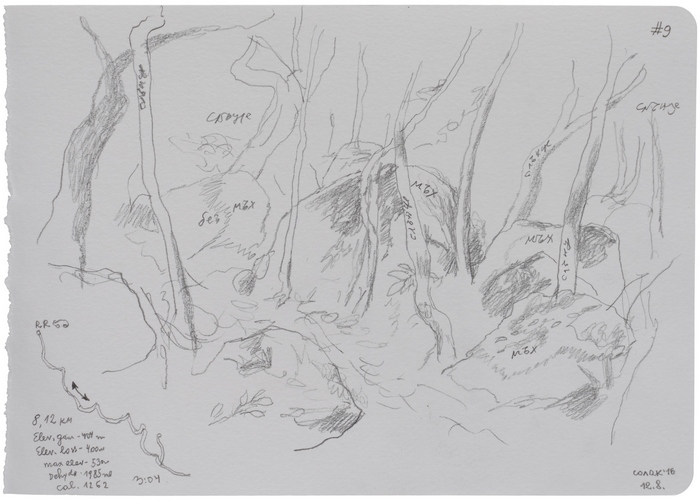 
Nedko Solakov, a world renowned artist who tells fictional stories through drawings, text, painting, objects, sculpture and installations, seasoning them with his signature sense of humor, will open “Nature”, his first solo exhibition at the SARIEV Contemporary.

The show is dedicated to Solakov’s favorite part of Bulgaria – the woods around the village of Boriki in the Gabrovo region, which he knows intimately. It comprises an impressive large-scale photograph of the majestic Balkan range (shot by Dimitar Solakov), and twelve plein air drawings by Solakov himself, created in twelve consecutive days on a 147.45 km hike in the area.

Like a natural scientist in the Age of Discovery, Solakov sketches, fleshes out and describes his objects on location, occasionally using the soil he treads on as drawing material. His drawings bear the marks of his unfailingly recognizable style – solid outlines combined with a soft, nervy pencil line that in places looks almost accidental. In some of the works, Solakov develops his objects in detail, like a classical plein air artist; in others, he captures the situation more generally, echoing the impressionists. There are also works where he acts like an academic landscape artist, labeling the drawings’ elements and shading with words, alluding to a possible subsequent use of the sketch in an oil painting. Each drawing is also supplemented with text summarizing his impressions, as is customary in conceptual drawing (in addition to itineraries and distances, there are also elevation details and personal data such as calories and fluids spent, as measured by Runtastic). One drawing resembles protest art – not quite a call to action yet, but an aggressive verbal outburst at deforestation, the administration and the political establishment.

In addition to art documentation, Solakov also lures the viewer with interactivity – to help him/her explore the relationship between the real landscapes and the drawings, the exact locations are numbered and identified across the panoramic Balkan range view. But as the artist himself has pointed out in a Facebook post, there is even more to the exhibition than this… 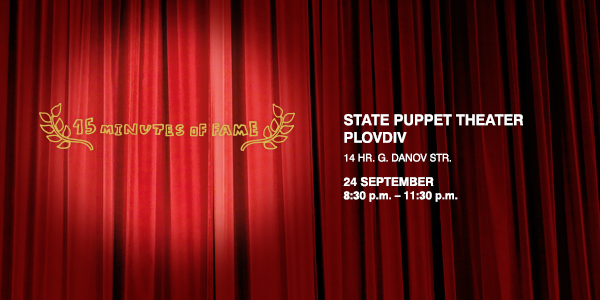 Young artists under the spotlight!


There come on the scene politicians, scientists, executive directors from the Silicon Valley… and painters. Everyone who can win the audience with an idea or an image is summoned to rise under the lime light. “15 minutes of fame” is a new format for inspiring presentations of young Bulgarian artists. For no more than 15 minutes they will have full freedom to present themselves, their work, and their vision of art as well as their future plans. “15 minutes of fame” is an opportunity for the audience to discover the work of contemporary artists in an informal environment.

But why the artist has to talk about his/her art at all? Does it go without saying; doesn’t his/her art talk instead about him/her? Not really. The artists don’t use the same well-known means that you will impeccably recognize as art any more. The artist can tell you what you have to see. Sometimes artists have something different in mind, not the thing you think. And finally, what sort of a person is the painter, we will see on the stage of “15 minutes of fame". 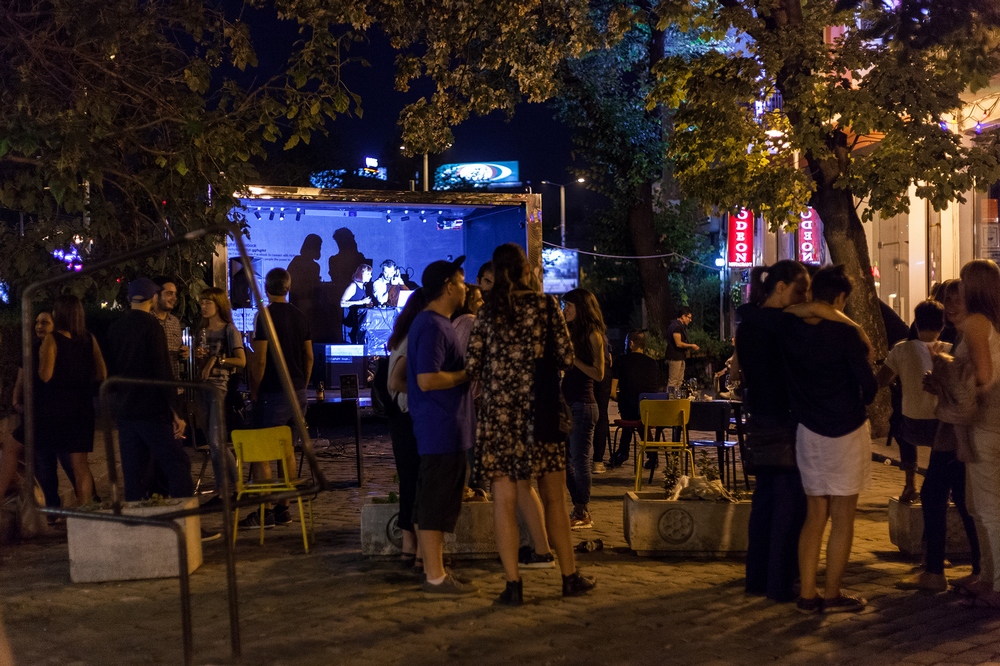 A shipping container transformed into a performing installation and an interdisciplinary open platform.


Going beyond discussions of post-net productions in the digital realm, the Austrian Cultural Pavilion – FLUCA with the project “Get Involved: Focus Direct Urbanism” functions as a mobile intervention of the artists group tat ort (Alexandra Berlinger, Wolfgang Fiel) and as a framework for interdisciplinary projects, performances, screenings and concerts in the heart of Plovdiv. This is how art in public space creates essentially new spaces as if in passing: a space to think, a space with leeway to act, to remember, to sit, a social landscape – a place of encounter.

The starting point of the project curated by Ursula Maria Probst is the use of a shipping container which is encacpsulated with a reflective surface. Through a number of alternations and adaptations the container as a performing installation/sculpture is able to gradually transform into an open platform for a wide number of public events while retaining its primary quality as a mobile and compact spatial entity. It is developed in collaboration with the local architects from Studio Duo. The partners Open Arts Foundation, artnewscafé, and FLUC Vienna will invigorate the Austrian Cultural Pavilion with an exchange program by Bulgarian and Austrian artists throughout the autumn.